If that isn’t glamorous enough, she decided to make an investment to herself. For the low cost of $20,000, she convinced someone with a medical license to implant a third breast. Sure, she could have bought a Kia instead, but, ask almost any man about her investment choices and you will likely get a reply of “seems like a good deal”.

The forward thinking Jasmine “Triple Nipple” Tridevil is now seemingly on a social media campaign to get MTV to throw a reality show her way. She’s adding #MTV whenever possible.

Personally, I think it’s a wise move, in the realm of reality, there are never enough boobs. Literally or figuratively.

After news hit, several people have asked about the procedure and finding someone to perform the surgery:

“It was really hard finding someone that would do it, too, because they’re breaking the code of ethics”.

Upon stating that, most people in ear shot were heard to say under their breaths “well no shit”.

In a flash of brilliance she then followed up with:

“I got it because I wanted to make myself unattractive to men. Because I don’t want to date anymore.”

I doubt MTV will be picking up the phone anytime soon, however, Viacom will probably dig up Dr. Drew, because, his quackjob senses are tingling and he has probably already pitched a show to talk about how horrible of an idea this was and how great he is. 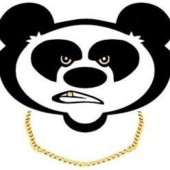