Getting on the "Wavelength" with Brandon Hilton

The WERRRK.com BOP OF THE WEEK: "Game Boy" by Lagoona Bloo

The WERRRK.com BOP OF THE WEEK: Losin' It by Brandyn Killz

The WERRRK.com BOP OF THE WEEK: Stay Away From My Man by Paisley Fields

THE WERRRK.com BOP OF THE WEEK: What you Seek by Franz Szony

Eternity - The Debut EP by YAZ

THE WERRRK.com BOP OF THE WEEK: Air After Rain by Jackie Lipson

THE WERRRK.com BOP OF THE WEEK: I Can't (Official #StayHome Music Video) by Rigel Gemini with Alyssa Edwards and Gia Gunn 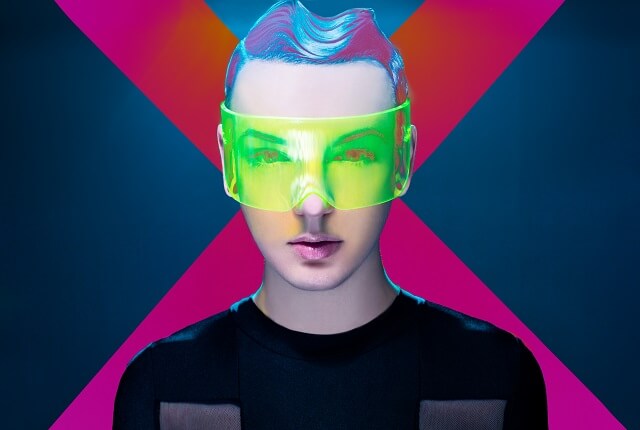 Q: Congratulations on the recent success of your newest single, “Wavelength!” I am LOVING those beats! The lyrics seem to emphasize empowerment and individual growth – anything in your recent life inspire this? (Download “Wavelength” here!)

A: Thank You! I absolutely love the original beat, but I’m quickly becoming obsessed with the remixes too, they’re so good! Wavelength is a bit of an emotional track, it is empowering, but its about empowerment after the fact. Its about a relationship and how I thought things were great but later came to find out that I was only being played. hence, “feels like we’re living on a whole other wavelength” I kicked him to the curb and wrote a hit single, so… LOL

Q: What do you feel are some of the biggest challenges you have faced while pursuing your career on the independent pop scene?

A: Well, being openly gay has truly been the biggest challenge. I’m constantly told I’m too controversial, too open, to risky, too weird, but lets be honest, if I had tits I’d be on every magazine and slaying the Billboard charts. Its hard being a gay male pop star! Its even harder when you get virtually no support from your own community, yet they throw themselves at artists who pander to us and truly dont give a fuck. I’ve dedicated my life and career to being a positive influence/role model to our community and now that I am getting mainstream attention, I’ve only faced more hate/jealousy from my community. I truly dont understand the gays, we have so much potential but we throw it away.

Q: You were a major part of the indie LGBT film, Midnight Cabaret. I love the very touching ballad that was the movie’s theme. Do you plan on doing any more acting roles in the future?

A: Midnight Cabaret is pretty much about my life! When I read the script, I was instantly engulfed in Adam’s story and felt like we were such similar personalities, so it came natural on film. The theme song ‘Almost Forgotten’ was pitched to me after we had finished shooting the film. I already had five songs on the soundtrack. so we just rounded it off to an even six and I sang it! I’m about to begin shooting the music video for ‘Wavelength’ and its going to be more like a short film than a music video. I have very big plans for it! As far as full-length films are concerned, I’d love to! I thoroughly enjoy acting. I love becoming someone else for a while and portraying their story. I grew up in theater so its always been a part of my life.

Q: Following your career, I think you have grown in an astounding way. You have a talent for reinventing your image so where do you draw inspiration from for your growth as an artist?

A: Thank You! I honestly have no idea! I don’t have any sort of plan when it comes to my image. I just like to change things up every now and then and I guess it does seem to come as periods or eras in my career. I don’t know how to describe my fashion sense in any other word than EXPENSIVE! I have such expensive taste! I’m addicted to it! I wish I could afford everything that’s on my wish list! I’m currently obsessed with Rick Owens, Balmain, Moschino, Gareth Pugh and a slew of other European designers that I’d kill to model for! I miss the free clothes from my modeling days! Laughs

Q: I am a big fan of your YouTube page – not only do you obviously have all of your killer music videos on there, but you go out of your way to upload behind-the-scenes content, that enables your fans to get a glimpse of you just being yourself. Are we going to get any more “Brandonology” in the future?

A: Awww thanks again! My music videos are hit and miss. They all came from a good place, with big plans, but being an indie artist, sometimes the budget doesn’t always match the vision. I loved doing the Brandonology videos, I miss doing them! We’ve been talking about shooting more of them and continuing it! I think it would be fun, now that things are picking back up again it would be cool to let everyone see the behind the scenes of my crazy life.

Q: You are going to be touring this year – any particular cities or events you’d like to perform at [To get Brandon in your city, peep this webpage, yo!]?

A: ALL OF THEM! I honestly want to hit every city in every state! My goal is to plan it out from state to state so we hit at least 2/3 major cities in each state. I love being on the road, I love meeting people, I love meeting my fans! (I have some really hot ones!)

Hailing from the Golden State of California, Meagan Noelle is a mother, a student, a writer, a drag fangirl and a straight up gangsta.