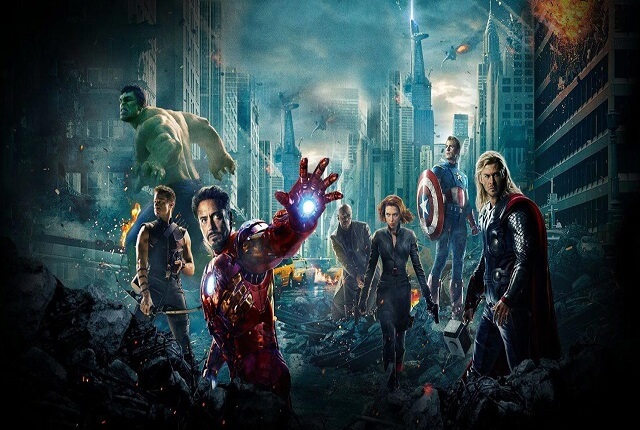 Hello, Pop Tarts! I was super-excited when I was asked to select my picks for the top ten superhero/supervillain costumes in the Marvel Universe! I have somewhat of a background in costume design, and I do love flashy clothing – the more rhinestones the better for this lady; so this was the perfect assignment for me. Also (and very few people know this) –  I am a closet comic book geekess! Yes, indeedy! When I was growing up, I spent many an allowance to buy comic books from the Fred’s Dollar Store back in Possum Trot, Alabama, and I’ve been hooked ever since!

A superhero without a costume is like a banana without a peel. The costume is integral to the character, and sometimes is the character. Imagine Iron Man without his suit – he would just be Tony Stark. Well, that’s a bad example, because Tony Stark is friggin’ awesome; but you understand the point I’m trying to make. Programmed into the pop culture zeitgeist of comic books is the expectation of a fabulous costume associated with our super-human heroes, and the following examples are indeed fabulous. So without further ado, here are the Top Ten Superhero Costumes in the Marvel Universe…

10.  THE HULK  – I know what you’re thinking, “But Poppy – the Hulk doesn’t really have a costume, he’s just green and ‘roided out!” Yes, very true.  However, the Hulk makes the list because of the redesign of the character that has carried forth into the Marvel Universe throughout the recent films.  There was a previous Hulk movie made, and in it he looked a bit like the Jolly Green Giant on LSD.  In The Incredible Hulk and The Avengers, the Hulk looked like a bad-ass, which is how a character with a limited vocabulary should look.  Hulk smashing!

9.  THE MANDARIN – This is a beautiful costume.  A somewhat easier adaptation than a character like Hawkeye, for instance, but still wonderful and totally in keeping with the character.  Why do the scary guys get such great clothes?

8.  HAWKEYE – While I would have loved to have seen a bit more of the vibrant purple that he sports in the comics, there’s no denying that Hawkeye’s duds are both cool and hot.  Cool in that it is a great adaptation of the comic version, and hot in that…well, have you seen his arms?  Seriously, it’s a great costume that looks functional and “real”, but definitely looks like a superhero would wear it.

7. HEMIDALL – Perhaps it’s because of the heightened level of fantasy involved in the storyline, but Hemidall is the first of three characters from the Thor franchise to make the top ten.  I mean – look at that headdress!  And he glows a little bit, too.

6.  RONAN THE ACCUSER – Despite the fact that he really needs to use a waterproof black eyeliner, the dark, imposing costume of Ronan the Accuser from Guardians of the Galaxy makes the list.  It’s just cool.  I dare you to call him a Smurf.

5.  GAMORA – In the comics, Gamora usually wears little more than strategically placed bands of fabric, but in Guardians of the Galaxy they adapted her costume into an outfit that remained sexy but passed the ratings board.  Because the films in the Marvel Universe have been hero-heavy thus far, there aren’t that many female costumes from which to choose for this countdown (and Black Widow doesn’t even make it because…snore…she looks like she’s on a sexy S.W.A.T. team), so Gamora’s costume is a highlight.

4.  CAPTAIN AMERICA – Bravo to the designers for not making Captain America “hokey-looking”.  Personally I prefer  – and the costume coming in at #4 – the Captain America outfit from The Avengers; but all the iterations of Cap’s costume have been great, and very believably rooted in the gear/clothing of his World War II origin (with the exception of this modern one).  Not to mention the fact that Chris Evans fills them out so nicely.

3.  IRON MAN – Super-duper cool.  Sleek.  Powerful.  Sexy.  The only reason that Iron Man doesn’t rank higher on the countdown and comes in at #3 is because this is a direct comic-to-film adaptation without much modification.  He wears a metal suit in the comic; he wears a metal suit in the movies, and there’s not a whole lot of re-interpretation that needed to occur.  Still, the look of the Iron Man suit and the way it has been presented in the movies thus far enables it to rank high on the countdown.

2.  LOKI – Beautifully cut and executed, and stylish in an Asgardian way, Loki’s costume comes in at #2 on my countdown.  I’m not quite sure that I understand the horns, but I like them – much in the same way I don’t understand football, but I sure like the players.  Green is frequently used in comics and animation to suggest villainy, or malevolent magic, and that’s what we find in Loki’s costume.  I love the use of angles and line in his costume, and, well, it’s leather…need I say more?

That brings us to the end of the countdown, and while I’m sure Loki would hate this…the #1 spot in our countdown of the 10 Best Costumes in the Marvel Universe goes to…

1.  THOR – Now, I know you’re all thinking, “Harrumph – the only reason Poppy picked Thor is because Chris Hemsworth is such a hottie,” and…well…you would be right.  But seriously, the #1 spot goes to the Marvel Universe’s Thor because it is such a good adaptation of the original comic character’s garb.  In all of the incarnations throughout the Thor and Avengers films, the costume has maintained its connection with the original and still managed to look “real.”  Well, as real as the costume of a “Norse God who is actually an alien in a strange way” would look.  It is a combination of otherworldly and powerful, and manages to capture a regal presence.  And…Chris Hemsworth.

So Pop Tarts, do you agree or disagree with my list?  Let me know in the comments what you think – but do be kind.  Remember, this is just my opinion.  And remember, opinions are like flatulence – your own is somewhat tolerable, but others’ just plain stink!

I’m not sure where to begin because I was caught a bit off guard with this drop. Late June of 2018, aka what seems...

Greetings everyone! Welcome to another “Westwords with Spencer”, the only Westworld recap that seems to really matter. This week’s episode, Les Écorchés, was a big...

VENOM!!! That was my level of excitement when I heard a trailer was going to be dropping today. My brain was all caps...