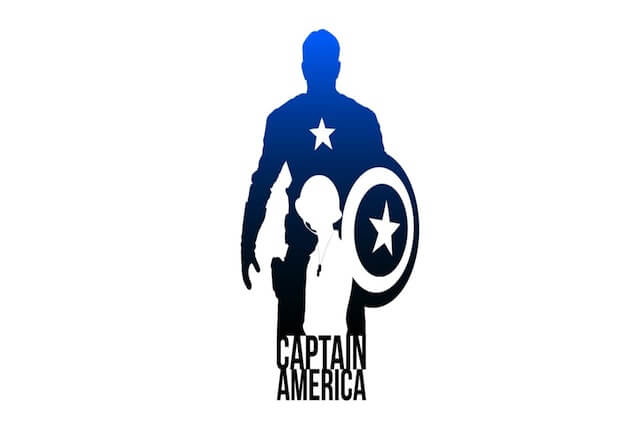 Captain America is, still today, the most important hero of them all. A bold statement I know. What makes him great? He’s got strength, a shield, and makes a bunch of grandstanding speeches. So why is he important, it’s simple really, Captain America is a symbol, not a hero.

Floundering in pop culture irrelevance the Captain America revival came when Ed Brubaker penned a story about Captain America facing of against a mysterious Winter Solider, from then on the modern tale of Captain America began. As Marvel began prepping their films they knew Captain America would have to factor in, but it was gonna take a bit more than the name to get people to accept him.

As the films came to be, with Chris Evans in the role, they focused the audience on one of the best part of Captain America’s story, a man out of time. Captain America is a man that went to sleep in one time, woke up in another, and still fights for the same reasons as he always has, a just world. While characters like Superman, Batman, or other Avengers fight against their threats, Captain America is fighting FOR something, not against. He doesn’t just want the villain vanquished, he wants the spirit of true freedom to live on. Captain America fights for a better world. He doesn’t fight just cause a super villain shows up, he does not fight for a political party ideals, hell, he stands up to the government at times. To Cap, the villain will never be the person who personifies a threat, but always the threat to freedom itself. What makes this action great is that standing up for your freedom isn’t something exclusive to Captain America, it is something normal people do all the time and that is what separates him from all other heroes.

The ability for people to relate will always be something Captain America has that other heroes don’t. Captain America has abilities that are enhanced but when you think about what they are, it makes him even greater. Super speed and reflexes came to better serve the Captain’s most notable enhancement, his strength. Steve Rogers, even before his transformation to Captain America, was always a strong person, he just didn’t have the muscles. In many ways, the Vita Rays, took Steve’s great internal strength and made it physical. This shows that a person can always be internally strong and that you can have the external strengh to follow and it’s still something that people can achieve even without the vita rays.

Batman choses his greatest fear as his symbol, Superman’s symbol is a reminder about strength and sacrifice, the Flash has a bolt, and the Green Lantern has the Lantern Corps symbol. Marvel, however, has very few characters that wear a symbol on their costume, even less so in The Avengers, Captain America does. He his symbol wears it on his chest, directly above his heart. He has it on his shield, which serves as an extension of him. His shield as a weapon is as inspired an idea as any other comic book weapon. This weapon shows that the best offense is a great defense, and that is what the shield does, defend Captain America, and all of the ideals that Cap represents.

So, what sets Captain America aside from all others, what makes him relevant today? We are all people who all have things we believe in. We, as a people, inherently believe in the idea of standing up for ourselves and what we believe. It is the very nature of how America even came to be. Captain America never sets an agenda, he never says what is right or wrong, his main goal is to allow all of us to live our lives in a safe and free world. He matters because he is a symbol of not just the U.S. but a symbol of US. Captain America will always matter because as long as we, as a people, stand up for what is right and just.

Captain America always matters because he is the superhero that we all can be.

I’m not sure where to begin because I was caught a bit off guard with this drop. Late June of 2018, aka what seems...

I think it is safe to say, the end of Avengers: Infinity War left a lot of us feeing punched in the gut when...

I didn’t pay an ounce of attention really when Venom was announced. Another Sony attempt at a Spidey character that I’ve come to...