After last weeks Best Friend Race Untucked, I was expecting this to be a fluffy last Untucked with well-wishing and hugs… But this turned out into one of the juiciest backstage confrontations of the season!

Kennedy and Ginger call out Violet and Pearl for not being mature enough to receive the title of America’s Next Superstar. Of course both of the younger girls were not happy to hear these comments: Pearl is disappointed to realize both Kennedy and Ginger had thought about her from the start, while their comments just reaffirmed for Violet that she’s the only person she should rely on in this race.

You can literally feel the tension in the air in the room through Violet’s silence (who does her best to not explode) or Kennedy’s and Ginger’s explanation of what they just did. It’s clear that these two have a very narrow mind when it comes to styles of drag and just can’t appreciate what the younger girls are doing. But that’s not the first time we see pageant queens on Drag Race judging others by their own standards.

The big surprise is: Violet actually liked everyone! I wonder why she only said it after she stopped liking everyone… But I do love her point: artists should’t be competitive with each other, which is exactly the opposite of pageant world.

I knew Ginger’s fake niceness would fire back at someone! It’s a shame it had to be Pearl, who we often saw being very discreet with Minj during their smoke breaks. Girl, you should know better before sharing your insecurities with people who talk shit behind others backs…

I’m loving the way Ginger’s fake-niceness shows when she says ‘I like you both’, ‘I don’t want you to be hurt’… Girl, just stop, the edit is NOT working for you. And I don’t think we really need to elaborate on how Kennedy’s true colours show when she snaps into that ‘Fuck you’ speech.

Ginger chases Pearl to the smoking area and tries to make up, while Kennedy has a very honest moment with Violet (which is actually moving, but really doesn’t make any difference at this point).

Kennedy sashays away with no goodbye interview (was she pissed? We’ll never know!) and this is probably the best ending to the Untuckeds for this season. Thank you all! 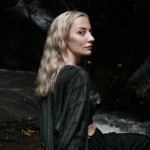 Katya resides in Moscow, Russia and is probably the most loveable fag hag and drag enthusiast in her country. She was raised by gays and taught how to be a real woman by drag queens. her way to one. She’s your typical girly girl, but can also easily beat you in a game of Counter Strike, fix a gadget or change a tire.

The moment has come, the finale of RuPaul’s Drag Race All Stars season six is here! After this episode, a new queen was added...

After last week’s episode of RuPaul’s Drag Race left us hanging from that cliff, we finally got some answers! The episode opened with Eureka...

It’s the moment we’ve all been waiting for, squirrel friends! We FINALLY found out what that game within a game was all about! This...

After last week’s elimination of Pandora Boxx, the queens of RuPaul’s Drag Race All Stars were back for another episode. Ginger Minj celebrated yet...

We got a lot of emails from drag artists, musicians, queer performers and many other creative types, as well as PR companies and major...

Chiffon Dior: Well hello Raven. I’m grateful that you made the time to do this with me. Raven: I’m happy to do it. I’ve...