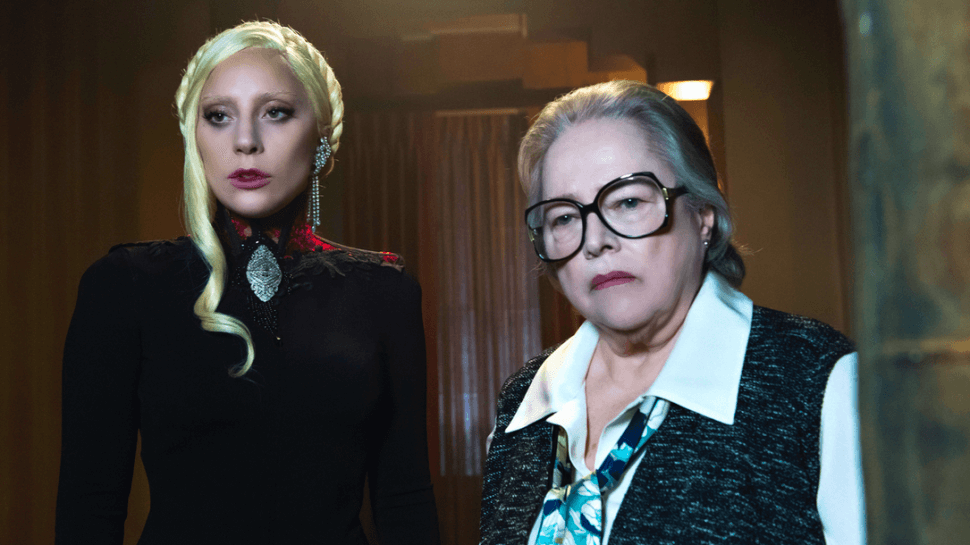 This week on American Horror Story, Ryan Murphy let us know that he went to a film history class and daydreamed the entire time and that’s how we got here.

Something that was super exciting about this episode is that Gaga got to show a range of emotions from fear, to timid, to cocky, to sadness, back to fear. It was really cool to see different sides of her and not just the one we’ve had.

Oh, the credits here, they really are some of, if not, the best. It perfectly captures the story of the show with the creepiness. Well done show.

Ok, You May Proceed

Evan Peters is really the best he’s ever been, it is a shame the inconsistency to which we see him. It was very cool to see the past and present dynamic of him and the countess. The power switch that seemed to occur between him and The Countess in that scene was stellar. My question is, where is he going, they need to commit to his character one way or another.

Finn Wittrock is back and is….screen legend Rudy Valentino. Interesting to have one actor pull double duty in one season. I’m glad he’s back, I mean, LOOK AT HIM, but what is the point. It was cool how they started with seeming zombies and slowly revealed, who they were. Much like March’s story, I am wondering where this is going.

I need both John and Alex to not be….anymore. What the hell was happening with that storyline this episode and why did it take THAT long to get to a non conclusion.

Ok, my big issue is that they really need to start bringing the stories around. They have a LOT, which isn’t bad since it’s at least fun, but there’s a lot up in the air and I’m wondering if it’s gonna land on all fours.

‘Adults are complex’ …sure Jan. There should be a disclaimer on the show saying not all psychotic breakdowns have you looking this sexy. There was never any doubt that Gaga looked stunning in the 1920s. To be fair, she was a shitty realtor. Of course Murnau was vampire….of course that means Valentino was a vampire. Anyone else forget about the Ten Commandments Killer until they mention it. Is John the Ten Commandments killer?”

Alright well we’re a couple exits away from the turnoff to the end. Let’s see what happens next week now that the backstories are behind us.

After ten weeks within the WERRRK.com fallout shelter, Sidney and Spencer are finally able to return home. Suffering through starvation and claustrophobia, the duo...

Nine weeks into their residence within the WERRRK.com fallout shelter, Sidney and Spencer are now trying to do whatever they can to escape. After...

Eight weeks into their residence within the WERRRK.com fallout shelter, Sidney and Spencer are starting to feel beaten. After a wild Halloween party within...

Seven weeks into their residence within the WERRRK.com fallout shelter, Sidney and Spencer have returned from their brief field trip to The Murder House....