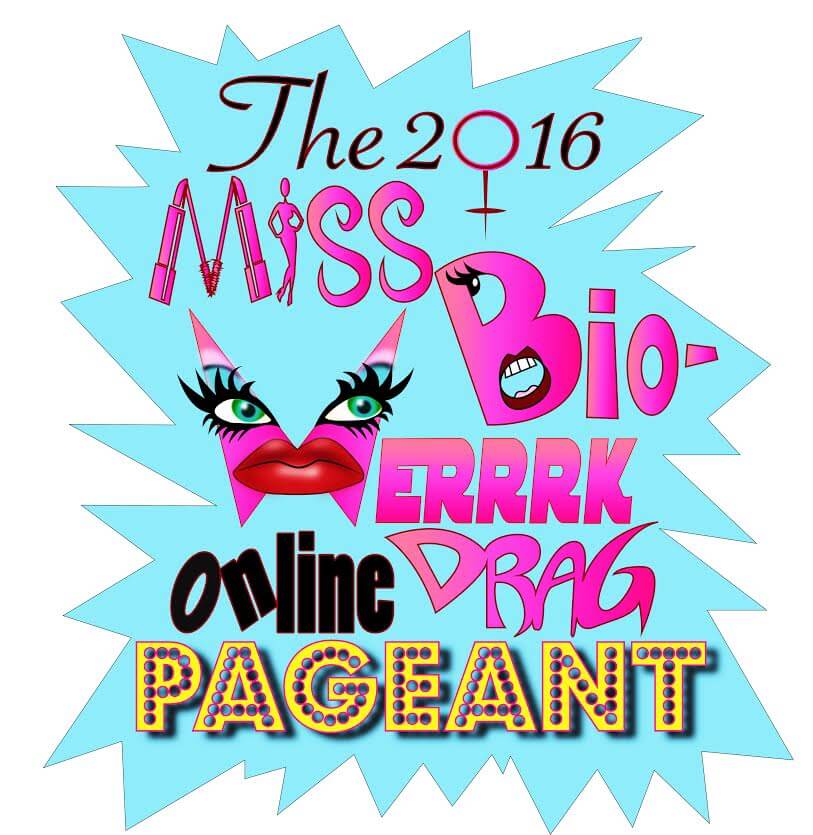 Chiffon Dior: Hi there Iris! Its nice to talk with you this evening? How are you doing tonight gurl?

Iris Spectre: I’m well, on a week long break in Rehoboth! It’s nice to have a vacation once in a while to recharge my batteries.

CD: What is this “vacation” you speak of? Are drag queens allowed to take breaks?

IS: *Laughs* Well I usually do about three shows a week and haven’t had a break in a long time, so I just made it happen. As much as I love drag, it’s a struggle to find the balance between drag and boy life.

CD: So is the feeling coming back in your feet?

IS: Yep I can finally feel my pinky toes after two years!

CD: Well that is a lovely segue I think! So does that mean you started drag two years ago? How did you get started?

IS: Actually I started drag about five years ago in NYC when I was going to college. When I needed a break from school and “at home” issues, I would go out and dress up with a couple friends who were club kids. We all connected really well so I made it a weekly thing going to The Wolf Party at Le Souk every Tuesday night. My drag family there is still so over the top and crazy creative. They encouraged me to go above and beyond with looks, makeup, hair etc. and I fell in love!

CD: Who do you consider your drag family?

IS: My NYC drag moms are Herra C and Chris Christopher, and my extended family is Demanda Dahling and Isis Vermouth. I haven’t been back to NYC in a while and my Philly family is HUGE! *Laughs*

CD: Where are you from originally and what brought you to New York City?

IS: I’m originally from Delco (Philly suburbs) and I went to NYC to attend Parsons For a BFA in fashion design. I only wound up staying for two and a half years because life. *laughs*

CD: Because New York City is so inexpensive and affordable?

IS: Exactly! It was a combination of that and how expensive supplies for school are! I ate more ramen than I ever expected but now I’m a ramen professional!

CD: I didn’t know ramen professional was a thing?

IS: Oh it is. Best drunchies in the world! We gotta get you to a ramen place girl! (Editor’s Note: Drunchies is what the kids today call drunk muchies)

CD: Have you SEEN this figure?? Do I look like a need ramen?

IS: Everyone needs ramen in their life. I’m a true believer.

CD: So how did you evolve from “going out in drag with friends” to an honest to goodness performing on stage and in select back alleys when the rent is due drag queen?

IS: When I came back to Philly I asked Mimi Imfurst to perform in her Dollhouse Revue. All of the girls in the show quickly became my best friends and we all supported each other to be better. I got a spot in the show and worked really hard for three years to have a following. Looking back at it now it was really a group effort and I love Philly for their support. It’s really about pushing yourself and trying new things constantly to find your character. Drag Wars specifically was really helpful.

CD: The drag scene in Philadelphia seems to be undergoing a real renaissance. As someone who is a part of that scene, what are you experiencing?

IS: It’s such a diverse experience honestly, there’s a style of drag for everyone and because of that it’s taking a bit of time to get the scene to develop. There are clearly defined successful shows and then ideas that come and go. A year ago there wasn’t something you could do every day of the week that was drag related in Philly and now there is always a show happening. It’s really fun to be a part of it and I look forward to where it’s going. Honestly Philly is such a warm and welcoming scene, I think sometimes we get a bit jaded because we are so used to it.

CD: Philly doesn’t exactly have a warm and welcoming reputation to begin with though….

IS: Well we are all outcasts in some way in the Philly drag scene which is what brings us together. All I ever want from a show is for the audience to have a good time and escape reality which can really suck sometimes.

CD: If could wave a magic wand and change one thing about the Philly drag scene, what would it be?

IS: Oooooph that’s a tough one! There’s this sense of competition and bitchy-ness between queens that I wish would vanish. But honestly I just wish we had more venues for shows, like big clubs that would have queens host dance parties, I would love to host a party in Philly and dance on a box like I used to at Webster Hall. It’s a really tough market.

CD: Where did your drag name come from?

IS: I worked in the flower industry for four years and loved irises so I took Iris and made it “punny” Iris Spectre. I respect her. Fame and money come and go, but respect is a powerful thing to have.

CD: For someone who hasn’t seen you perform, how would you describe your personal drag style?

CD: How has your fashion background influenced you as a drag queen?

IS: The information I got in school and the experience itself made me feel like if I can dream it up, I can definitely make it. Fashion design is essentially taking a 2D design, transferring it into a 3D product and then living your life in it. I love sewing and creating things, it’s what I think about from the time I wake up to the time I sleep.

CD: And with your design business, Greenhaus Fashion, you’ve managed to combine to the two. Tell me a little bit more about that.

IS: Well Greenhaus was the next step in working for myself. I wanted to call the shots in my life for once and take control. It started with showcasing all the clothes I make for myself (if I’m wearing it, I’ve made it) and then I had queens like Bev from Philly and Peppermint from NYC calling me for specific projects. It just took off from there.

CD: What is your favorite piece that you’ve ever made?

IS: Either my Robot 2.0 or the Red Warrior piece. I loved the robot because it was the first time I really tried to change up the game of drag. I challenged myself and it kind of became my drag persona. The Red Warrior I love because I was obsessed with Dynasty Warriors as a kid and always wanted to be one of the characters, so I made myself into one!

CD: I was obsessed with Dynasty as a kid too. I mean that fight between Alexis and Crystal…..oh wait, you said Dynasty Warriors?

IS: *Laughs* Yes! I was born in 92 but I still get the reference! I Love me some Dynasty fight clips!

CD: Stop trying to make me feel old Iris or I’ll pull this interview over to the side of the road right here and now. I swear I’ll do it!

IS: No one is actually old, just seasoned! I feel 82 inside so.

CD: So what goals would you still like to accomplish in your drag career?

IS: Oh god so much. I would love to be traveling all over the country and performing, being on stage is the real passion that takes the wheel. I’ve had a taste of life on the road in the past few years and there’s nothing like performing at a new venue and seeing the crowds reaction.

CD: What is your favorite place to perform outside your home bars?

IS: I love NYC so much, it was my first love so that’s number one. Aside from that I love performing in Rehoboth Beach and HEAT in Wilkes Barre.

CD: In fact you’re in New York City tonight for Look Queen with Terra Hymen and Dusty Ray Bottoms. What are you going to be serving tonight?

IS: I’M SO EXCITED!! I’ll be doing some Sia, Imogen Heap and a Catwoman number! Look queen is a show I’ve been wanting to do for a while so I brought some cool stuff for the crowd! BIG costumes!

CD: Well break a nail tonight gurl! In the meantime, for people not at Monster tonight, where can people see you perform so they can stick dollar bills in your panties?

CD: Thank you so much for your time Iris. Its been wonderful getting to talk with you for a bit. Do you have any final words of wisdom for our readers before you hit the Look Queen stage?

IS: When you’re working on your craft whatever it may be, just go with your gut. My mom always says to me “go be Dylan, go be Iris, go with what got you there.” It’s tough but it will pay off. Thank you so much Chiffon, we have to meet up sometime and I’ll show you around Philly after some great ramen!

CD: You had me at ramen! Turn it out tonight baby!