Racing with Sidney: All Stars Supergroup 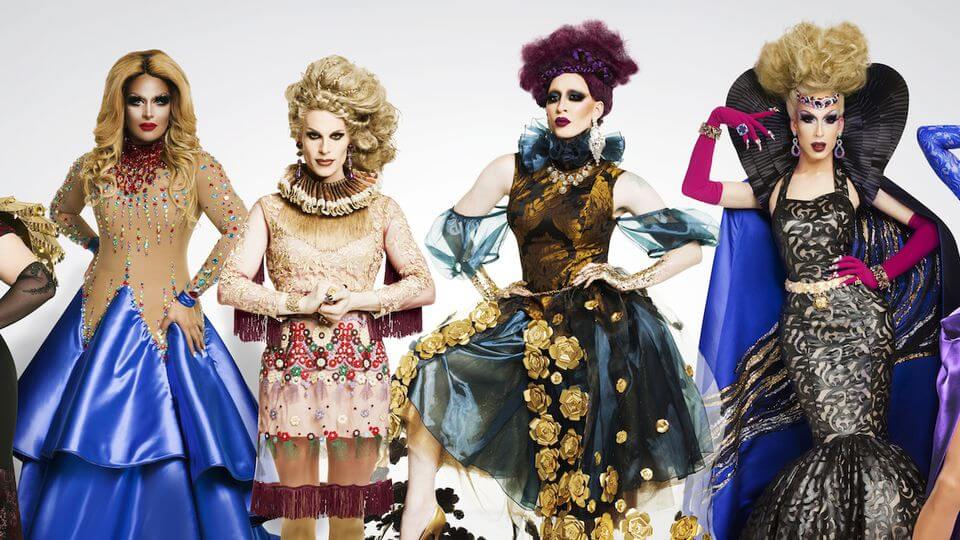 Tonight we might have witnessed the best episode of television RuPaul has ever produced and Cher was once on the RuPaul’s show.

We have a lot to discuss and wrap up….so here we go….

BACK IN THE WORK ROOM

Detox explains her terrible choice, which as we find out. because duh, Katya would have never made. Then Michelle shows up, and does a terrible impression of RuPaul explaining a challenge. Michelle has her own voice, let her use it. The girls have to write and perform a rap and speak with RuPaul leading into the season’s longest…..

With AB Soto (who is totally cute…right?)

The girls all may or may not be doing a good job (We know how they’re doing).

Spill the Tee…AKA…WE WILL MAKE ROLASKATOX A THING!!!

Rolaskatox is invoked….and it really just leads to a confrontation in the work room….that felt HELLLLLLA scripted where Rolaskatox, which were never really a thing save for one time where Alaska sent someone that was more of a threat than Roxxxy was, broke up….again…kinda? They made up….two minutes later.

Well all the girls had trouble (or so we saw) except Katya who CRUSHED ITTTT!!! I legit believed this would be good…more on that later. The girls talk about their feelings some more but this isn’t RuPaul’s Feelings Race…except ya know….all the times it is….

ON THE MAIN STAGE!

It’s just family….and honestly…save Michelle can we just get estrange from some people. Carson and Ross seem like good time gals but they really don’t add anything Ru or Michelle already don’t. And Todrick? Todrick rarely gets to be Todrick….he seems neutered and we’ve seen his level of charisma. No I don’t wanna bring Santino back….but I do think it’s time for new judges.

So after that we see the performance of “Read U Wrote U” and guys….

Alaska – Wow. Genius. She gave something different and really showed her word play and vocalization abilty.

Detox– Honestly, if you doubted she was gonna rock this, you’ve never seen her before. She was brilliant.

Katya – The star here. It was perfect. Her flexing skills gave her the edge but that rap felt so damn perfect on every level.

Roxxxy – She wasn’t perfect, and the whole time I kept thinking I wish Tati was doing this, but Roxxxy tried and in this case, it can count.

The judges deliberate and they do what no one else has had the sense to do…send Roxxxy home. We had no doubt it would happen.

The top three lipsync to a tremendous song and and based on that….

She was without a doubt a worthy queen to hold that title. Personally, after an incredible season, of incredible talent, of a show perfected, I do feel Katya should have won. Maybe it’s me, but Katya was my total package. However, Alaska won a crown she was truly destined for.

Before I sign off I want to say a round of thanks. First to you for reading week to week, and Spencer for covering the week I wasn’t able to (#TeamSJ4Life), it means a lot that y’all read.

And lastly, when this site started, the first big draw we had was Chiffon’s amazingly hilarious recaps of RuPaul’s Drag Race. As time has gone on the site has gone on to include such amazing new features (Like the Miss Werrrk.com 2016 Drag Pageant) and behind every one of these features has always been the glittery genius of Chiffon Dior. In some cases these feature require a little more of Chiffon’s attention. You see, Chiffon is so dedicated to making sure you always come to the best Drag, Pop Culture, Thought piece, queer, fabulous website EVER, that she wants to make these big features perfect for you. So I wanted to say to Chiffon Dior, despite this sass, sarcasm, and all other cattiness that I OCCASIONALLY direct your way…this weekly responsibility has not been lost on me, and thank you so much for letting me have it for this important season. XoXo.