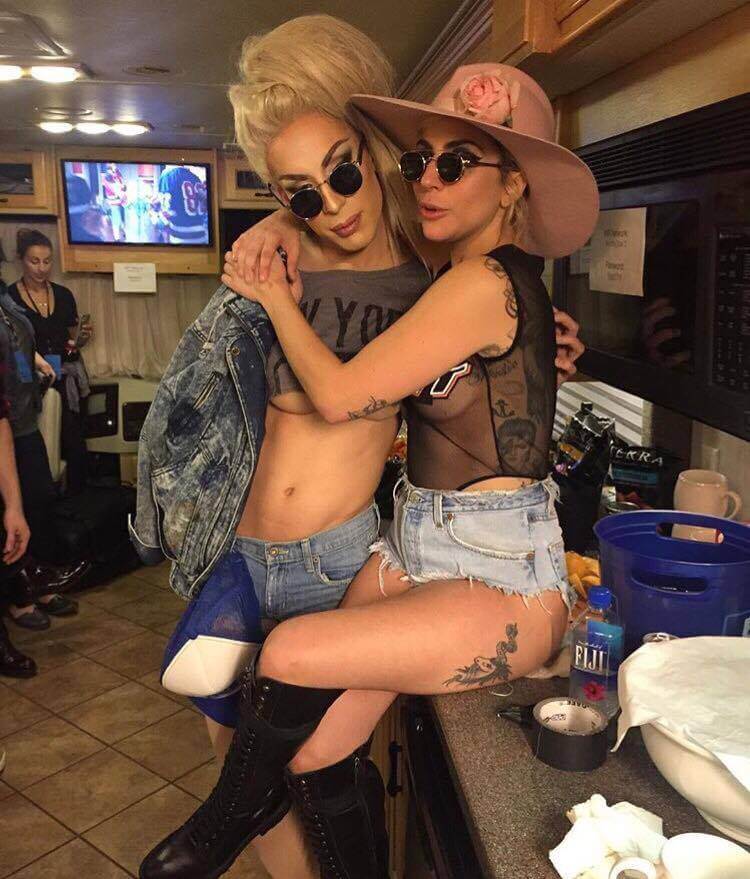 Welcome back to another #WEEKINDRAG! This week we’ll be covering Grey Gardens, Gaga and book releases!

Firstly this week, I’d like to congratulate Willam on releasing his first book, titled “Suck Less: Where There’s a Willam, There’s a Way“. The book has already become a number one Amazon best seller and has received raving reviews all round. The book is forwarded by Neil Patrick Harris, and includes tips on tucking, drag and on how to all round suck less. Congratulations, Willam!

Over on my side the pond, drag royalty Peaches Christ has blessed us by bringing over one of her legendary shows. Together with Vaudvillian godess, Jinkx Monsoon the pair presented “Return To Grey Gardens” to a UK audience. With help from some of our own #MANCHESTERQUEENS from the Family Gorgeous, including Cheddar Gorgeous, Anna Phylactic and Liquorice Black, they collectively toured the show in London and Manchester. The shows received raving reviews and even Patricia Quinn (she played Magenta in the original RHPS) was in attendance! Congratulations, ladies!

On the subject of shows, last weekend Los Angeles had two amazing shows that played to packed houses! Drag Race icons Kelly Mantle and Pandora Boxx teamed up to bring a musical parody of the Alfred Hitchcock classic “Psycho” to the Macha Theatre in West Hollywood while WERRRK.com’s own Poppy Fields wowed the Cavern Club with the debut of her one woman show, “Poppy Fields: In Heat“! Congratulations to all three fabulous ladies!

Also this past week, stars collided. Freshly crowned AS2 winner Alaska Thunderfuck broke the internet when she met the one and only Lady Gaga. Recently Alaska featured in a World of Wonder video being “just a regular girl” in reflection of Gaga’s new image and feel to her last album “Joanne“. The pair then met at Gaga’s album launch gig and the start of her Dive Bar tour. Sssstunning!

Congratulations go out to famed photographer Magnus Hastings who announced this week that the legendary Elton John bought four of Magnus’ prints to add to his personal collection! The prints included Drag Race star Ginger Minj and our friend Paige Turner!

We’re announcing the cast for Miss WERRRK.com this Wednesday! Keep your eyes peeled to WERRRK for future announcements!

Ginger Minj is thriving despite the state of the world. The hellfire that’s been 2020 hasn’t slowed down the Drag Race superstar, as she’s...

After last week’s episode of RuPaul’s Drag Race All Stars where we watched Mayhem Miller get told she was sashaying away by her best...

It’s the return of Backstage ‘Berry as Strawberry sits down with Paige Turner, James Mills and Remy Germinario following the premiere of “The Green...