What the Walking Dead: Service 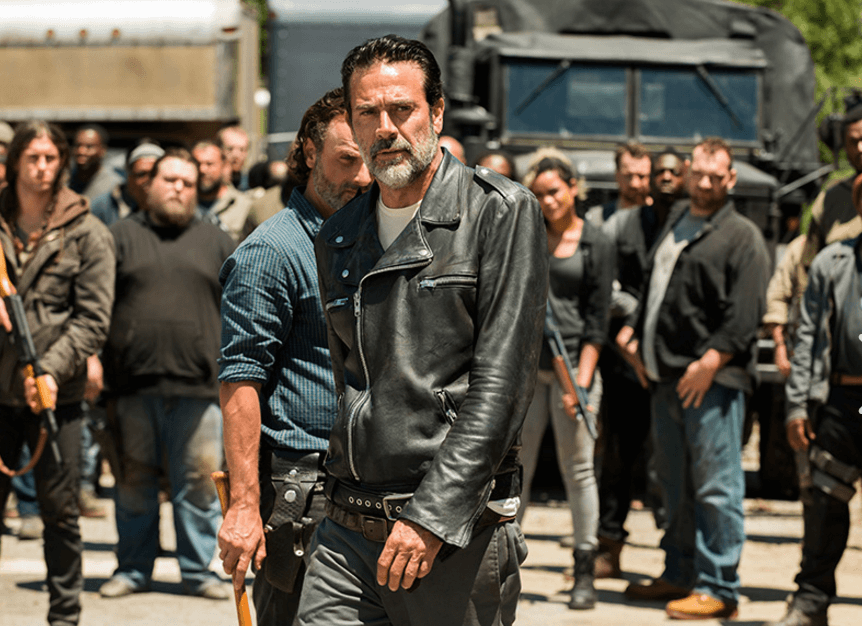 Hey stranger things! Today is Monday which means yesterday was Sunday… It’s What the Walking Dead time! This episode was packed full of anxiety, Negan’isms, a Jerry Springer bombshell, and a war on the second amendment! Let’s talk about it.

This episode was pretty good actually, it definitely kept me on my toes. Negan is straight up scary. But we all have to admit, we enjoy having Jeffrey Dean Morgan around just a little… Or a lot.

Can we talk about that bombshell Rick dropped on us about Judith though? The results are in… Rick you are not the father!!! Yes, Rick admitted to Michonne that he is most likely not Judith’s biological father but he loves her as his own and will continue to live in this screwed up world so he can try and  give her a life. Damn, that is touching. Honestly, it could go either way. If I did okay in Sex Ed, I can tell you that the time-frame Rick was with Laurie may have been enough time for her to end up having Rick’s baby… But it sounds like Shane may have better chances. Honestly I am just happy to know Shane is still causing a scene so many years later. Shane is the King of Petty.

All of the guns are gone because Carl decided to once again open his mouth. Great Carl… how are we going to keep out the walkers and/or the raccoons if we have no guns? This is ridiculous. Luckily Michonne is out here still being smart and target practicing with a sniper. But honestly if that shot doesn’t get better, we might end up seeing Daryl get hit again in honor of the late Andrea. Aww I miss her.

Daryl? Where is your voice… Daryl is channeling true Theon Greyjoy realness right now and I can’t be having it right now. You need to figure your s**t out right now because we need you and your bad-ass self.

So the winner of this weeks Episode MVP is going to Rosita! She is the only one out there who is trying to keep herself together and think about what’s next. Take her guns and ammo away? Well I’m going to make more you son of a bitch. Plus Rosita looks so good all of the time I can’t handle it!

Well that’s it for me. I’ll see you guys back here next week when Maggie gets a check-up at the doctors with Jesus at Hilltop. That should be fun. Toodles.