What The Walking Dead: Swear 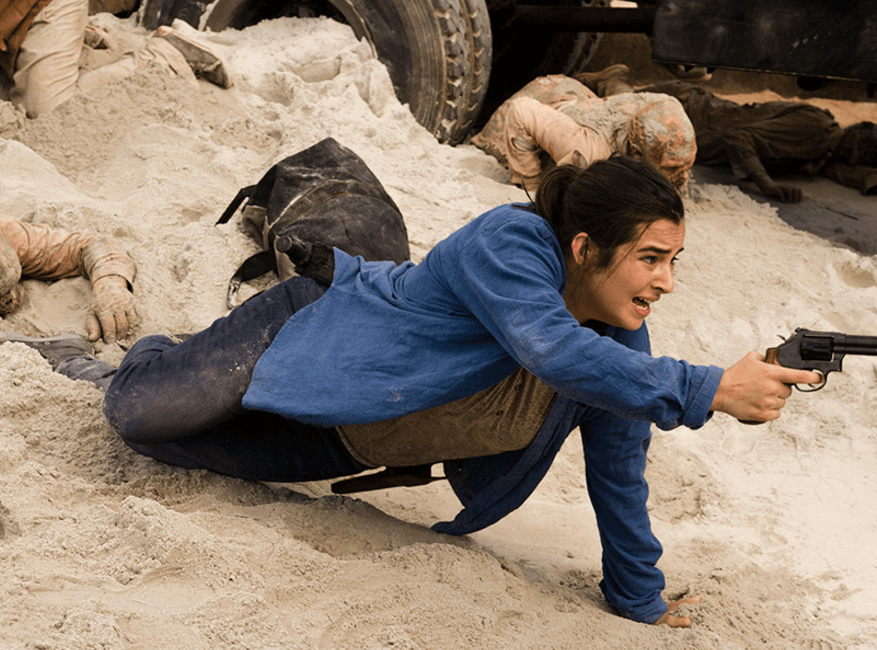 Aloha! I am glad you all survived the turkey comas this holiday in order to join me for another release of What The Walking Dead! Good news, apparently we weren’t the only ones taking a vacation. The Walking Dead seemed to have taken a vacation to the tropics. Looks like those Jet Blue points finally payed off aye Rick! The whole idea of this episode was pretty odd. But I mean, each episode seems to have its own wackiness this season. Grab your flower leis and bottle of Malibu so we can talk about it.

Uh hello, Tara took a quick vacation to the tropics. Or maybe she was just at Adventureland via Disney World…I don’t actually know where she ended up but it seemed like a decent place. The food… you know could have been better. The hula dancers all had weapons with a shoot on sight policy. But it was nice. This episode had a nice change of pace. It was nice to see someone who hasn’t seen the episode where all of her friends die. Well until Tara somehow walks from Hawaii back to Alexandria. Other than that, nothing spectacular happened.

I don’t really have any negatives. I am pretty pissed off at Tara’s partner for getting the hell out of there but then again… who cares. She walked home anyways. I also wish our different crews would see the potential in each other so we can create one giant army and attack Negan. I am pretty sure these people must have saw the movie “Avatar” before the apocalypse. I also believe if Oceanside has this much time on their hands at the beach, there must be another way to prepare fish… Come on.

This week I am making Tara the Episode MVP. Yeah, yeah I get it. Obvious choice! But I mean really, this girl fell off a bridge, woke up on a beach, got attacked by a village of girls, released by the girls only to fight them again, fight off some walkers, only to realize her partner left her. From there, she walked her ass all the way home and found out her girlfriend, her best friend, and more were killed. She did that all with a slight smile and for that, good job Tara!

Wow what a fun distraction from the weekly madness. Well, lets start preparing for next weekend where we get to witness Negan making a bigger mess and our friends do nothing smart about it! Have a great week party people.