What The Walking Dead: Sing Me a Song 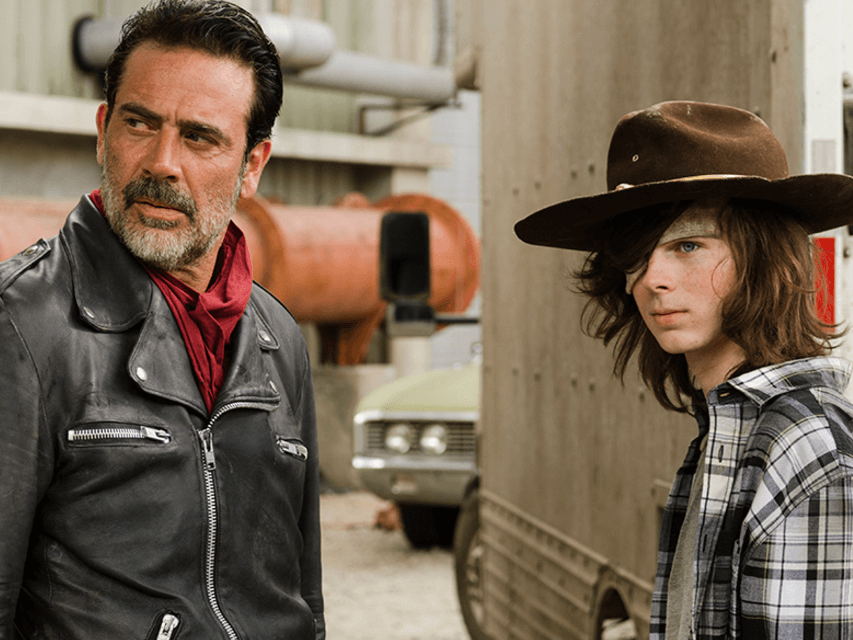 Hello friends. On this weeks episode of America’s Got Talent, Carl Grimes was sent home after a disappointing yet emotional performance of “You Are My Sunshine”. Three of the judges gave Carl the big red X while our final judge; Negan, gave Carl a standing ovation. Let’s get a closer look at the events that took place this week!

So this week, we started off with Carl making more stupid mistakes as per usual. Does anyone else feel like Carl constantly does the exact opposite of what we are hoping for? He actually jumped out of a truck to shoot Negan… But when he finally saw Negan he just froze. Come on son… If you are going to do that you better follow through, otherwise you are going to be subject to being tortured by the one-man show of Negan. Which brings us to my next point, Carl you need to work on your pitch. Your key was all over the place during that song. Also, is that the only song you know? I think a well placed “Meet Me Halfway” by The Black Eyed Peas would have had a better pay-off. In all seriousness, Negan is just roaming around as he may. He burns faces, makes out with his multiple wives, hits on the doctor in Alexandria, and finishes his day with bouncing Judith on his lap. This man is a monster and our group should just pack up and find Carol to be honest…

Negan has so many wives! That is so cool. The apocalypse really did turn out for Negan if you ask me I mean his home is basically his castle. People literally bow to him. If not you get your face melted off as we witness during this episode. I actually love Jeffrey Dean Morgan. He is an exceptional actor. You can all hate Negan, but I know as soon as he is off screen you are all craving more. I am starting to feel the same way. This was a great episode. It gave us a great insight on Negan’s crazy ass world. With the mid-season finale next weekend, I feel more stressed than ever. Fresh vegetables tonight for everyone!

This weeks award goes to not just one person, but the multiple wives of Negan. They are by far the best dressed characters of the season I mean look at them. They are giving me, Little Black Dress… Audrey Hepburn  takes on Hot Topic realness and I am here for it. You guys are killing it! Well…besides the fact that your husband has been known to bash faces in with a bat wrapped in barbed wire…

Next weekend the Mid-Season finale is going to be on. In all honestly, I can’t tell you to relax… its going to be fine. Frankly, it probably won’t be. People are going to get hurt and we will probably shed a tear… What else is new though. Don’t worry though. I’ll be here to hold your hand and help you through this mess. Now I have a special surprise for you all. Back for an encore performance of  his debut single “You Are My Sunshine”, Carl Grimes everybody!

In this article:AMC, carl, negan, recaps, Sing Me a Song, spencer, spencer williams, Television, The Walking Dead, what the walking dead