Not In Her House: Kareem McJagger's Roommates from Hell 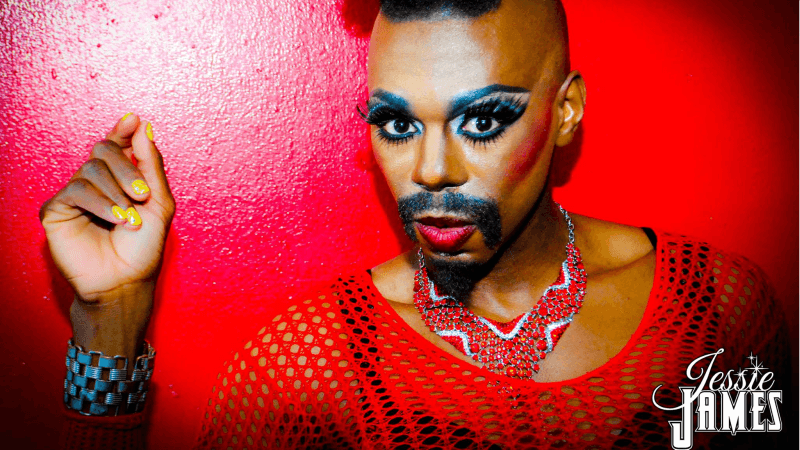 Every queen needs a castle, but in some cities that’s easier said than done. On the universal list of thing that stress people the hell out, New York City’s housing market ranks between a letter from the IRS and your mom uploading the video of your birth on Facebook (Seriously, mother- stop sending me friend requests.)

Sure, the benefits of living in the Big Apple are endless, but so are the annoyances. Rents are high, the MTA is broken, and moving your stuff into a fifth floor walkup makes you regret leaning into the whole “dad bod” trend last year. However, ya know what’s worse than all that? Roommates. I try to avoid sweeping generalizations, but all roommates are fucking terrible. Don’t believe me? Just ask Kareem McJagger. The  bearded beauty, musical artist, and nightlife host has been living in the city for 12 years, and she has more nightmare roommate stories than a Judge Judy marathon.Kareem stomps out shows five nights a week all over the city, so make sure you get your ass to the club to see her perform live! Bring your U-Haul, I hear she has an extra room. She and I sat down for a chat to shade her ex-roommates, discuss her road to happiness in Hoboken, and to play NOT IN HER HOUSE: The Game Of Roomie Dealbreakers.

Make sure you’re keeping up with Kareem.

On October 22 she’s got a new single dropping with Jayse Vegas and Kimmi Moore called “Give You Life.” The fierce trio already released a sample of the track, and I promise it’s going to be your new favorite song. Check out the clip here!

A quick warm up question so folks can get to know you better: If you were a house, what room would everyone congregate in and why?

My man-cave. And if you need explanation on that one…. No, but I love entertaining, clearly. When people are having a good time because of my efforts, I’m at my most fulfilled.

And just to make sure people see it before they stop reading—where do you perform regularly?

I love coming to see your shows because you ALWAYS bring this amazing energy that makes the whole night feel like an epic house party. So when we were chatting, and the subject of roommates came up, it felt like the right topic to get to know you better! Are you ready to spill some cohabitational T?

How long have you been living in New York, and how many roomies have you had in that time?

Well, for the last two years, I’ve been the Ho in Hoboken, the 5th boro. With the 8-minute train commute to Manhattan, it’s more NYC than Staten Island. And don’t get me started on their voting records. But the short answer is 12 years.

I think when we live with roommates, a natural sibling dynamic can start to develop. Do you bring more of a big sister or little sister energy to the situation?

I’ve been more like the weird cousin who takes night classes at the community college who moved in because your mom owed her sister a favor.

Being a drag queen is such an interesting job, in that I imagine it bleeds into your homelife more than say—if you were an accountant. What are some of the upsides and challenges that come with living in a queen’s castle?

Well, I live with my boyfriend of 6 years, so he probably has A LOT more to say on the subject. But my drag room (it’s crazy that I even get to use that phrase) tends to look like an episode of hoarders dipped in glitter.

Miss McJagger, let’s get to the juice. Have you had any nightmare roommate situations in your past?

Translation: have you ever had roommates? YES!

My first apartment was a cheap sublet in a cavernous Washington Heights two bedroom. I had the master bedroom with ensuite 3/4ths bath and bay windows overlooking the Hudson. I’d landed my first corporate job, and after months of a 90 minute commute into midtown from my grandmother’s house in Queens, I was thrilled to be moving out and cutting that commute by a third.

My roommate was a very cool female grad student. The leaseholder was a paranoid French Canadian woman who was constantly traveling and would crash on the couch for a few days every month or two. And she had an impressive knack for finding something completely normal we were doing that would make her lose her lease. We stole WiFi because opening an account with Time Warner and having the cable guy come into the building would make her lose her lease. I got my mail sent to the office because she didn’t want us using her address. At one point, she said we shouldn’t even talk to the neighbors. One time, I came home to find she’d picked up the dirty clothes from my bedroom floor and hung them up with my clean clothes. Needless to say her presence was a source of needless stress, but my savings account was looking cuter by the month.

After about a year, Frenchie freaked out at us about the one magazine I was having delivered (to establish Manhattan residency) and whatever mail my roommate receiving, so we both moved out with a month of notice, which caused another freak out.

If you were really mean you could have contacted her landlord with a bunch of complaints and had her lease canceled. That was as nightmarish as you promised. Do you have another one for us?

When I moved out of Frenchie’s apartment, I moved into a recently renovated 2br shoebox on the east side of Broadway (for those of you not familiar with Washington Heights, east of Broadway tends to be noticeably, um, not as nice as the west side). My lesbian roommate owned the unit with the help of her parents and was super quiet and antisocial. The only other person I ever saw come into the apartment for the year I lived there was a neighbor she clearly had a crush on. She asked that I not have guests in the apartment, so my A4A (this was pre-Grindr) had to switch to “Your place.”

It wasn’t long before the passive-aggressive notes started. Things like leaving the window open so the steam from the shower didn’t damage the picture frame on the bathroom wall. Requests to clean my room. That time I broke a dish and she told me it wasn’t a big deal and then she brought it up again.

Back then, I would cook twice a week and reheat leftovers (also pre-Seamless). I was often out super late at night, so by the time I ate before bed and washed my dishes, I was exhausted. At 6’2-ish, most kitchen sinks are very low, so I’ll often lean my head against the cabinets over the sink. Apparently, the oils from my hair had slowly caused slight discoloration on the cabinets above the sink. Figuring this out was a whole investigative project that culminated in her finding one of my hairs caught in the grain of the wood. This, combined with the broken plate from months before, was her reason for keeping my deposit. I should have taken her ass to court, but I just wanted a clean break.

I always love to wrap up with a little game. So, we’re going to play NOT IN HER HOUSE! I’m going to give you a troubling roommate scenario, you tell me how you would handle it, and if it would be enough to force you back into the NYC housing market.

You come home and find your roommate in the living room with a bunch of candles burning. They say they were just contacting their dead relatives.

“Just make sure you don’t fall asleep with those burning. I’m, like, two years behind on my renter’s insurance.”

They tell you they borrowed an outfit from your room. You find out that included undies.

“I found some great sublets right in your price range! You have 30 days before I change the locks.”

They got blackout drunk on vodka/Redbulls and pissed on your lacefront.

“Hey, Bobbypinz! She’s gonna need an up-do with 15 colors sent to her new address. Which will not match the billing address.”

They tell a mutual friend they’re catching feelings for you.

Understandable. But definitely a red flag.

They have night terrors, during which they scream-sing Mariah Carey’s Heartbreaker. This could happen at any time of the day or night.

I don’t even want to hear Mariah sing that song these days. Call the movers!

Tell everyone where they can follow you on the social media.