Wakanda: The Home Of My Heart

Wakanda Forever! No, but seriously, this movie was amazing. The world building in Black Panther was the most thorough to date in the Marvel Cinematic Universe and any film after this will be judged by it’s standard.

As an African American I suffer from the tremors of the diaspora. I have a strong yearning to go “home” but no connection to or idea about where that really is. Members of my mother’s family have done the DNA swabs that peg us as a big old hodge podge of Cameroonian, Congolese, Irish, Ghanaian, Beninese, Senegalese, Nigerian, Scandinavian, and western European. I begrudge my friends who have a much clearer sense of self and grew up with the language and clothes and culture of their people.

Watching Black Panther in some ways twists the knife a bit deeper. Wakanda is so truly realized that it makes you yearn to go there. A land that colonization hasn’t ravaged and a people with pride of self and no interruptions in their advancement. Wakanda balances tradition and innovation in a way no other country would be able to. Shuri blasts contemporary African music that I was boppin’ to in my seat every time we had a scene in her lab (took everything not to Shazam it). Ta’Challa wears uncle sandals at the cookout and traditional Wakandan garb as well as custom suits with African flair. You never forget that you’re in Africa and what Africa’s potential could have been had colonizers not come and pillaged her many countries and depleted her many resources.

The costumes, my word, the costumes were amazing. They were vibrant, varied and vivid. Ruth Carter has rightfully gotten a lot of recognition for her work on these drop dead gorgeous pieces. When asked about the clothes she said that she did not want it to look like a costume. Mission accomplished. The costumes looked like clothes and the tribes were distinct. In battle scenes, the traditional garb which also functioned as armor seemed to make the statement that African people do not need to be changed to be strong. That detail made my heart sing. As was the case with just about everything with the movie, the costumes were incredibly thoughtful and beautiful.

Black Panther’s biggest strength is that it is nuanced. M’Baku, the once-problematic man ape was made a whole multi leveled character with backstory and depth. There is a level that stories about minorities can reach when minorities are allowed to tell the story themselves. Ryan Coogler does an absolutely beautiful job of showing the internal struggle of Wakandans. The beauty of the story for me is that I didn’t come away form the film with a clear right or wrong side. There is something understandable about both T’Challa’s position and the same can be said about Killmonger.

My hopes for the Black Panther franchise going forward is that it continues to lean on what makes it great and that we can see Letitia Wright’s Shuri take the mantle. Literally everybody in the theater came out talking about her. I told my mom that I wish I was my sister’s age (7) so I could grow up wanting to be Shuri when I’m older. Shuri had the cheekiness off a younger sibling and the haughtiness of a genius who is aware of their splendor. Black Panther is an amazing film and I can not wait to see how the story will unfold. 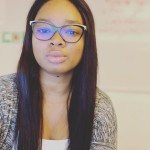 Hello friends! I am so excited to share with you another museum exhibition where you can experience first-hand, the beauty of fashion and costume...

Shuri Should Not Be Ironheart!

Ok, we’ve had a bit of time to digest Black Panther and to bask in the glory of everything it gave us, but...

Panda Reacts to the Ant-Man and the Wasp Trailer!

Marvel Studios at it again! Admittedly, I haven’t been keeping up with release dates and the shooting schedules, as Marvel has gone full speed...

It’s that time of year again, the time of year when the entertainment world really starts wanting your money again. With a strong showing...

Are we all recovered after last week’s departed Victoria Scone and Veronica Green? Well, we’re all none the wiser to Victoria returning for season...

When it comes to RuPaul’s Drag Race international spin-offs, few have been more anticipated than the second season of Canada’s Drag Race. After the...