Have you ever laughed so hard your cheeks hurt? I went to the Drag & Drop comedy show at Bar Lubitsch on Sunday July 29th and I’m still in pain. Produced and hosted by the amazingly talented Luis Fernandez, Drag & Drop was a hilarious “all drag” comedy show, Luis and his wife produce comedy shows twice a month, but this was the first with an (almost) entirely drag cast, featuring such iconic talent as co-host Allusia Alusia, Pickle, Jordan Jayro, honorary drag queen Samantha Hale, and the headliner, RuPaul’s Drag Race alum, Pandora Boxx; and it was SENSATIONAL!

After the show, tear tracks marring my makeup, I was able to catch up with some of the comedians. First I tracked down co-host (and WERRRK.com’s current reigning Queen of Los Angeles!) Allusia. Allusia has been doing stand up for a number of years, and is effortlessly funny. Each time I speak to her, I have a personal mission to make her laugh, like if I can make Allusia laugh maybe my life means something? But anyways I digress. We sat for a moment and I got the chance to ask her, what came first, the comedy or the queen?

“The queen came first, definitely. I was doing drag for 15, 16 years before I started doing comedy. Samantha Hale had me come and open for her show at Laugh Factory, like host the show. That was my first time doing comedy was hosting at Laugh Factory. I had wanted to do comedy for a long time but was terrified of it, because it’s so intimate, like drag shows you have all these girls to rely on and you don’t really have to be yourself. You just do somebody else’s music, stand up comedy you’re out there telling your story, so you have to be able to tell like, a ten-minute story seamlessly and be funny. Which is a bit intimidating, but Samantha Hale made me do it… and it worked.”

Before I let her go speak to her many adoring fans, in the form of glass bottles behind the bar, I wanted to get some insight on the difference, for a performer such as herself, between doing stand-up, and a typical drag show.

“In a drag show, I’m portraying a character… and I guess there’s still a bit of a character on stage doing comedy, but it’s more… direct connect to the audience. I’m up there talking about things that have really happened to me, stories about my life, with a funny slant but its things I have actually gone through. You take these horribly embarrassing moments from your life, and you entertain people with them. And you can’t really do that with a drag show, because you’re doing something else, but these comedy shows you get to tell people about your life. It’s like talking to a friend, but it’s a crowd full of people.”

Next I set out to find one of my other favorite LA queens, Pickle. She’s 7’7” and was wearing a beautiful sparkly cocktail dress, so it didn’t take me long. I see Pickle each week at brunch, so I been knew she’s funny, but seeing her stand-up set was like stepping out of your black and white Kansas house into Technicolor Oz. As with Allusia, I was curious, what does Pickle get from doing comedy that she doesn’t get from her regular gigs, I craned my neck long enough to ask.

“Well, it’s not money! [Big laugh, small contemplative pause.] Joy. I love to write and I love to tell stories, and I just get so much pleasure from it, I mean I get to do a lot of that in the club, but it’s always nice to perform for people who are here to see a show, and especially when the audience, like tonight, was so supportive and lovely, it’s great.”

So did Pickle adopt the comedy? Or was she born in it, molded by it? In a word: duh!

“I’ve always been a joke and now I’m a female one.”

Finally I got a chance to speak to Samantha Hale. Now I just want to break this down for you guys really quick: I am a HUGE fan of Samantha, I think she’s gorgeous and super talented, she has so many amazing credits, not just in comedy, and I feel like she’s kind of my spirit animal as far as her love for queens goes. She has long ago earned the title of Honorary Queen, though she’s never technically done drag. She just hangs with the queens, and is besties with them, and travels with them, and is honestly everything I want to be when I grow up (I’m pretty sure she’s only like 2 years older than me too.) So this was a big deal for me. I took several deep breaths, and spoke to her briefly about what it is about drag artists that draws her, as a comedian, into their orbit.

“I think what a lot of straight women admire in drag queens is that they take the most confident, beautiful, empowered parts of womanhood and put it all into one package. And when you see that it’s very empowering. For me, I’ve really learned to find my voice through my drag friends; they encourage me to be who I actually am. And if something is risky, if it’s a dark subject, if it’s a dark joke, they say “fuck it, do it!” and if you kill with half the room and not with the other half, who cares? Because that half is going to follow you and your career and love what you do. So they push me into the kind of… just do it [mentality.] And of course, being in the dressing rooms, being around all the girls, all we do is verbally harass each other, that’s how we show love, so that also has made me stronger as a performer.”

While I didn’t get a chance to sit down with everyone (to be quite honest, I got too shy to try to talk to Pandora, but her outfit was a fierce gothic Moulin Rouge fantasy) every single person who took the stage made me laugh. I chuckled, guffawed, slapped the table and did that white people thing where you look around to make sure everyone else gets how funny this is too. I would absolutely recommend this show, and any comedy show that Luis Fernandez produces, to anyone who has a sense of humor. Once again, they happen about twice a month, and always at Bar Lubitsch. The next Drag & Drop will happen on August 12th, for more news make sure to follow Luis and the rest of the cast on Instagram, links below! 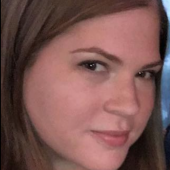