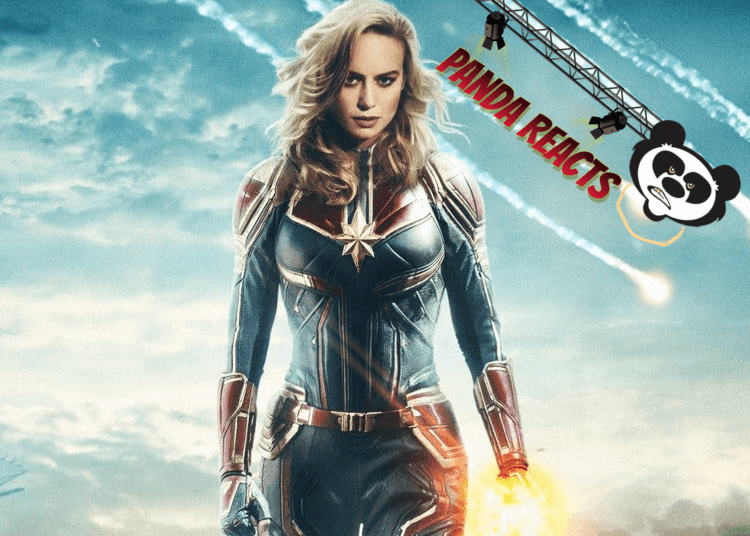 I haven’t been excited for a movie in a good while, I just typically don’t get excited for much of anything really. In a world of trailers, Tweets, Facebook, and just the collateral word of mouth that spawns, it’s so hard to avoid spoilers and things.

In the 21st installment in Marvel’s massive cinematic universe, we knew we would be taken back to the past, and I could not have been more excited as I ordered my tickets to head back to 1995.

We knew there would be years worth of comics to pull from, and coming off the heels of Avengers: Infinity War, I think we were all hoping we just wouldn’t be punched in the gut again.

I’m not going to really talk much about specifics, I want to give you as much spoiler free opportunity to go as possible. Just know you need to see it.

I will say this…take your daughters, nieces, granddaughters, girlfriends, aunties, and the list keeps going. This is such a strong and amazing character, and I’m not referring to powers.

Goose is the greatest character in the MCU

You also need to take your sons, nephews and so on because this movie just delivers in all levels and it’s great that not only young women, but young men too, can see such a positive, powerful character, and role model.

I bring that up because I realized as I was watching this film…in 1995 I was 17, I was watching in the theater this weekend with my 13 and 15 year old young men.

I saw the looks in their eyes and how amazed they were, and I realized how many strong women influences they’ve had compared to me at that age. Brie Larson as Captain Marvel brought hope, she brought strength, and she brought a fresh take on what a superhero is and can be.

Do yourself a favor, if you haven’t yet, go see Marvel’s love note to 1995. Spend some time with Carol Danvers, Nick Fury, and of course Goose.

I need to believe Goose went after Thanos eye

The glance back to my glory days was absolutely stellar, some of the Easter eggs could not have been better. The sights and sounds…oh what an incredibly amazing two hour time machine.

If I’m nit picking, I would have loved more throwback product placement and some more iconic imagery from the timeline, not a single triple gold Dayton to be found, it’s a travesty…but that’s me really nitpicking.

Speaking of nitpicking, any ounce I’ve seen online has been a bit much. I’ve heard talk of retcons and plot holes, but to stick with another 90s classic, let’s focus more of bringing back Lifesavers Holes instead of trying to talk down about the 21st movie in a giant series, ya know?

Captain Marvel has arrived with photons blazing, and Thanos should be shook. So head out, see it and see it again, then gear up for the next battle on April 26, 2019 as Avengers: Endgame approaches quicker than a lightspeed engine!

I think it is safe to say, the end of Avengers: Infinity War left a lot of us feeing punched in the gut when...

Chiffon Dior: Well hi kids! If you’re reading this, it means you’re part of the 50% that survived the Decimation. The good news however...

On Monday Night, Philadelphia and Washington DC clashed on the field as they engaged in their form of combat for four quarters. As action...

The trailer for the next big Marvel Cinematic Universe film. Captain Marvel starring Brie Larson, has dropped and your friendly neighborhood Crunk Panda is...