Racing With Haley: Good God Girl, Get Out 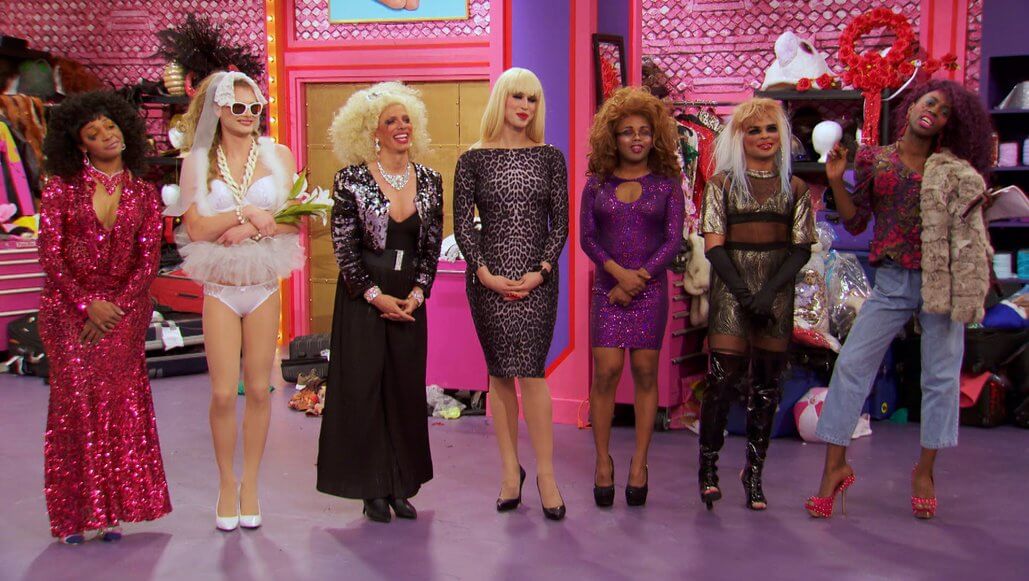 RuPaul’s Drag Race season 11 is back for episode two and the episode kicked off with the girls bidding farewell to cyster Soju. Brooke Lynn Hytes celebrated her first win, while Scarlet Envy thought the win should have gone to her. I’m not positive, but I think they cut that to make it seem like Scarlet might murder Brooke in her sleep. A little PSA from Scarlet, don’t get caught up feeling your own oats or you may forget other oats exist!


A new day in the workroom lead to a game of bang, marry, kill hosted Silky Nutmeg Ganache. I think the game went the opposite way she thought it would, since everyone voted to kill her. RuPaul came in and tod the girls to get in quick drag for a celebrity photobomb mini challenge. I never thought I’d see a drag queen photoshopped into a photo of Tom Brady at the Super Bowl but here we are. Yvie Oddly was hilarious, while Mercedes Iman Diamond made sure Kellyanne Conway was wearing panties. What an experience. Silky and Brooke came out on top with their photobombs.


For the maxi challenge, the queens had to star in two break out films with an all drag queen cast! One film was called Good God Girl, Get Out, while the other was Why It Gotta Be Black, Panther, because of course it was. Team Brooke was made up of Nina West, Ra’jah O’Hara, Honey Davenport, Sugah Cain, Plastique Tiara, and Ariel Versace. Silky’s team consisted of Akeria Davenport, Vanessa ‘Vanjie’ Mateo, Mercedes, Yvie, Kahanna Montrese, and Scarlet. Scarlet was chosen last and was incredibly offended. She is Julia Roberts in Pretty Woman, apparently.


The queens began assigning characters and running through their lines. Brooke’s team had Why It Gotta Be Black Panther. Good God Girl, Get Out went to Silky’s team. Scarlet was given the main character, while Kahana was assigned a total of two lines. Things were messy early on, girls! Miss Vanjie was the star, of course, with her complete confusion over the lines and what they meant. She is a national treasure. Ru came in to check on the girls progress and Team Brooke instantly went in on team Silky. Everyone pointed out Silky’s need to be the center of attention. They really dragged her to Ru, who was clearly living for the gossip. Of course, Ru ran over to get the tea from Team Silky. Silky said her domination of all conversation goes back to her Masters in group leadership. I must respect it, even if I don’t really want to. ANYWAY, now we have two feuding teams which is great for entertainment purposes.


Time to shoot the movies with directors Ross Matthews and Michelle Visage. Brooke’s team went first. My favorite part was Ross letting us know he’s seen people smoke marijuana before. I didn’t understand what was happening at all in this movie, but I was entertained, mostly because it was kind of rough. I loved watching Michelle and Ross’ reaction to Plastiques performance. Ra’jah really struggled to get her lines down. Silky’s team was up next. Yvie’s evil laugh during the driving scene was EVERYTHING. Meanwhile, Vanjie playing a dorky dad was insane and I couldn’t have asked for more. But most importantly, oppalance! You own everything!


Elimination day is here! As the queens got in drag, Yvie brought up Ru’s comments Team Brooke made about Silky. Ariel was very straight forward with the fact that she said something when no one else came forward. The drama was REAL between Yvie and Ra’jah after Yvie made the comment that no one else would say to Silky’s face what they told Ru. Somehow, it came down to reading each other’s makeup. Why? Not sure. But I’m a messy bitch who lives for drama and I had a great time watching. The queens began talking about traveling for pageants when Mercedes mentioned she was on the no fly list AND she ended up having a stroke during a pageant because she was so exhausted and sick from traveling. As heartbreaking as it is to hear these experience the queens have endoured, it is SO important to hear their stories. Especially an issue as serious as the institutionalized racism Mercedes experienced.


On the mainstage, Ru was joined by Ross, Michelle, and guest judges Bobby Moynihan and Sydell Noel. The category for this week’s runway was ‘what’s your sign’, which was SO GOOD! Some highlights on the runway for me were Brooke (sorry, I’m pisces biased), Yvie, and, Miss Vanjie. Time to roll the tape! Why It Gotta Be Black Panther was up first and somehow the finished project was pretty good! Good God Get Out, Girl opened up with Derrick Barry getting hit by a car, which was tragic. Yvie and Scarlet worked wonderfully together. These movies were surprisingly fun to watch after how those taping sessions went.


Time for the judge’s critiques. Nina, Vanjie, Silky, Honey, Akeria, and Ra’jah were all safe. The queens left on stage got some mixed criticism. Brooke was told she fell flat in the challenge but her outfit was great, while Sugah Cain got the opposite critiques. Scarlet and Yvie got the highest praise, as they deserved. Mercedes broke down on the runway regarding her stroke and my heart broke for her. Mercedes and Kahana got the worst criticism, Ru felt their performance lacked chemistry.


Sugah, Plastique, Brooke, and Ariel were safe, while Scarlet and Yvie both took home the win! Mercedes and Kahana fell into the bottom two where they hit the stage to lip synch for their lives to Work Bitch by Britney Spears, thank god. Both queens brought the energy this song deserves to their performances. Kahana unfortunately sashayed away.


Next week the queens have to star in two shevangelical talk shows. I have no idea what will come from that episode, but Ru looked very unimpressed in the preview! What did you guys think of this week’s episode? Sound off in the comments below!