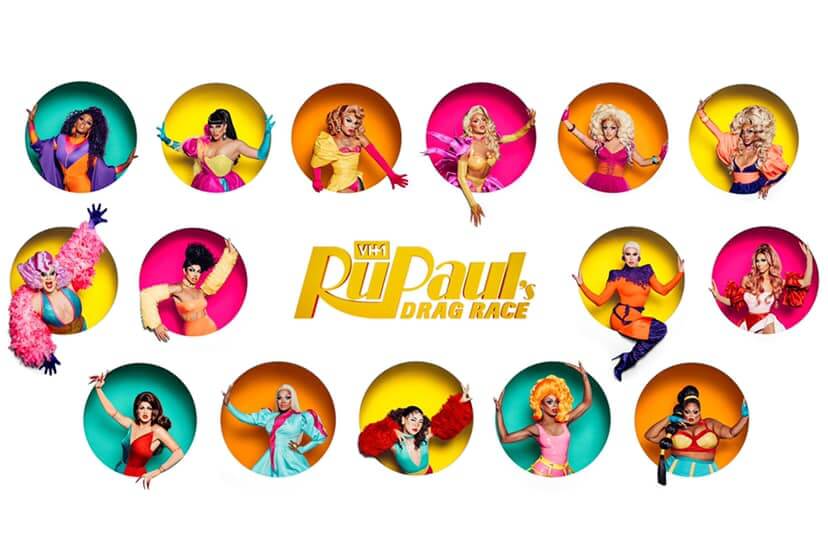 RuPaul’s Drag Race was back this week with another episode and girl, was it a lot! Right off the bat, the loss of Kahanna Montrese reminded the queens they needed to fight for their spot and impress the judges. Scarlet Envy knew the other queens were discounting her abilities and she proved them wrong!


For the mini challenge, RuPaul made the queens have to werrrk to get into Seduction’s show with backstage access as a security guard. Special shoutout to Brooke Lynn Hytes who was there with her women’s hockey team the Moose Knuckles. I really hope Yvie Oddly got in so Michelle Visage could sign her baby. Nina West and Ra’Jah O’Hara were the winners, making them team captains.


Each team began planning their shows. Team Nina decided to convert their watchers to the church of Britney Spears. Brooke Lynn and Nina were going to be the hosts, Ariel and Silky were the singers, Vanjie would do the converting, and Yvie and Mercedes would be the converts. All seemed well with them. Team Ra’Jah tossed around a ton of names before deciding to go with Mariah Carey. Apparently, they didn’t know too much about Mariah but decided to go for it anyway because who cares! Ru really read them for not doing their homework.


Team Nina recorded live with Ross Matthews first. They were so ridiculous it was amazing. Miss Vanjie thanking herself, Nina as the perfect evangelical hostess, Ariel and Silky with that insane song, and Yvie finding the light and converting to a follower. Ross was living although Mercedes fell flat. Regardless, they were the superior team.


Team Ra’jah on the other hand… YIKES! Having to perform this live was a struggle for them. Shuga was okay as a host, but she and Scarlet struggled to perform together. Plastique converted A’Keria to the church of Mariah, but she didn’t convert me. Between the demon voice and loud screams, that was a choice! The music segment with Honey and Ra’Jah was another very interesting choice. They weren’t even singing the same lyrics!


It was elimination day as well as the day of love for Vanjie and Brooke Lynn. More importantly, A’Kiera thought Muslims worshiped in mausoleums which is actually where they keep dead bodies. I suppose it’s easy to confuse the two. I totally understand Mercedes not wanting to talk about her Religion, but I would have loved to see her school the children! Well, that moment was ruined by Yvie’s genitals making an appearance while she painted her entire body purple. The beauty of RuPaul’s Drag Race.


The queens hit the runway in front of Ross, Michelle, Ru, and guest judges Guillermo Diaz and Troye Sivan. Category was fringe, for which I was thankful, until I actually saw their looks. I enjoyed Shuga, Vanjie, Yvie, and Brooke Lynn’s looks, but the rest fell a bit short for me. Of course, It’s Britney Bitch Network was the winning team. Nina West took home her first win of the season and everything was well in the world. That is, until team Ra’Jah’s critiques came in. We all found out Plastique just found out about Beyoncé was FOUR YEARS AGO! She gets a free pass, while the rest of the team must go down in flames. In Ru’s words herself, stink, stank, stunk. When asked who was to blame, no one would name names.


For the first time in Drag Race herstory, every member of the team had to lip sync for their lives! That’s six whole drag queens dancing around on the mainstage. Can you believe? The queens faced off to Waiting For Tonight by Jennifer Lopez. I was very overwhelmed watching. My eyes did not know where to look. All I know is wigs were lost, queens were jumping off the stage, and Plastique’s hair was all I ever wanted. Plastique, Ra’Jah, Scarlet, A’Keria, and Shuga got to stay, while Honey sashayed away. Wow, what an episode.


Next week, the queens will performing in a Rusical about Trump. I truly have no words. Tiffany ‘New York’ Pollard is the guest judge though, so I know everything will be okay. Leave your thoughts on this week’s episode in the comments below!