What The Walking Dead: The Calm Before 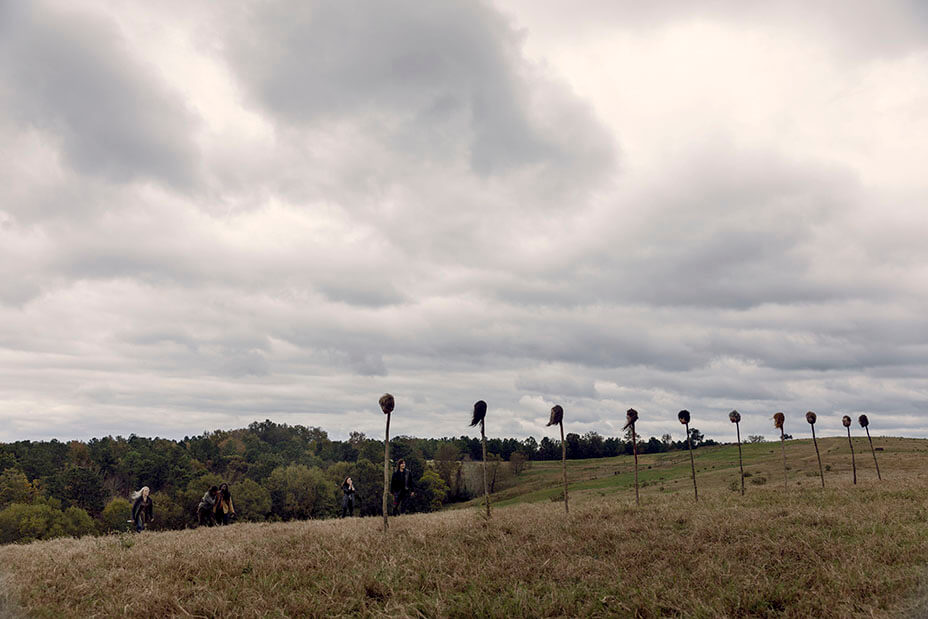 Oh… hello friends. Welcome back to another edition of “What the Walking Dead”. Last week we watched Michonne chop up all of those kids like a round of Fruit Ninja. After that horrific episode I thought there was no way this show could possibly top that terrifying scene. Yet here we are. Damn it, someone grab me another tissue. Let’s get this over with, shall we? If you missed last week’s episode, follow this link now!

So the fair has finally arrived to The Kingdom. Well, it’s about time. Whoever the event planner was for this event really deserves some props. The food looks great, the drinks are flowing, and the trade is exceptional. Everything is going great until this blonde girl shows up. We come to find out it’s Alpha and she is trying to take Lydia with her. Lydia very sternly declines Alpha’s rescue, which sort of puts Alpha in a bad mood so to speak.

Crisis At The Border

After Alpha captures Daryl, Carol, Yumiko, and Michonne, Daryl is escorted to a huge valley filled with armies of Walkers. Alpha basically says, “mess with us again and I will lead them all straight to your camp.”

Our group of survivors is released and head home. Then the moment came, a page ripped directly from The Walking Dead comics had finally come. The Whisperers created a border using the heads of multiple main protagonist such as Hilltop leader Tara Chamblers, Hilltop doctor Enid, Henry, Tammy Rose, and Highwaymen leader Ozzy. This scene was just devastating. What got me the most was watching Carol and Daryl react. I just… my heart cannot take it. This episode was f***ed up.

This season of The Walking Dead was a lot to lose your head over. I know I said I wanted Henry to die but… actually I am pretty happy, never mind. Carol, Daryl, and Michonne should not be allowed to die or exit this show for the rest of their lives. When are we going to release the Negan on these psychopaths? Release the best! Looks like Winter has come to The Walking Dead. I hope you have your dragon-glass drinks ready. Alpha looks great as a blonde… I am just saying. I think Beta might be a terminator sent here to destroy life as we know it.

This episode was so emotional. I have already gone through a whole box of tissues and a sleeve of double-stuffed Oreos. Next week is the season finale. Something terrible is going to happen, and it’s likely going to hurt. Don’t worry, I will be here for you. See you all next week! Enjoy a preview of next week’s episode below.

In this article:AMC, spencer, The Walking Dead, what the walking dead

What The Walking Dead: The Storm

Hello friends! Season 9 has officially come to a close, and I am so sad to see it go! I have to say, this...

What The Walking Dead: Scars

Hey friends! I hope you are ready to cry some more, because this week’s episode of The Walking Dead intense! I am sure you...