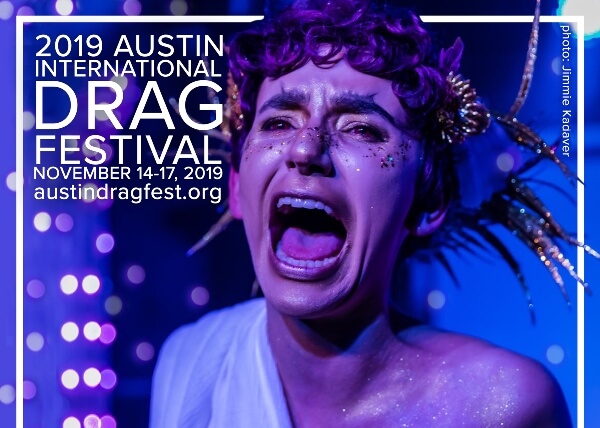 WERRRK.com has proudly partnered up with the Austin International Drag Festival this year and we have been given the privilege of announcing this year’s headliners first! We are so excited about being a part of this amazing event this year and we cannot wait to bring you all the fabulous drag artists that are going to be headlining this year!

We are very excited to announce that Jack Rabid will be headlining the Austin International Drag Festival this year! (Get your tickets here and join us in Austin this fall!)

Congratulations Jack on being named a headliner! How did you get involved with the Austin International Drag Festival and what does this opportunity mean to you?

I have been attending since the very first festival, and this will be my third time performing, but my first time as a headliner! I am local to the Austin area, and I used to attend the festival during my school breaks when I was still a student at Vanderbilt in Nashville, TN. Back then, Austin didn’t have the vibrant drag king presence that it has now, it was experiencing a bit of a drag king lull in between the existence of two troupes. I was used to Nashville, where I could see a king show every week if I wanted to. Drag Fest filled that void for me on my vacations by letting me see whole showcases of the drag kings I craved! That’s now evolved into King Fest, which is one of the most amazing facets of Drag Fest and why I was so excited to be a headliner. But I initially got involved just because once I moved back to Austin permanently, I wanted to be part of the king party! We essentially have a fun and freaky family reunion here every year, it’s incredible.

For those people living under a rock, can you tell us a little bit about Jack and your drag?

So Jack Rabid got his start in Nashville, and if you will pardon the pun he truly is a Jack of all trades. I am the very first Mx. Austin Pride, I am a longtime member of the nationally acclaimed troupe the Boiz of Austin, I am the very first drag king show host on Austin’s 4th Street, where I co-host Tuesdays at Rain on 4th with Sabel Scities, and I’ve truly done a little bit of everything here in Austin! If there’s anything that Jack is infamous for, it’s probably never looking the same. I love doing celebrity illusions and cosplay looks, and am well know for my David Bowie illusion. I also occasionally moonlight as a queen, who I’ve dubbed Bunni Rabid.I truly am willing to try anything once!

We can’t wait to see what you’re planning on bringing to the stage in Austin! Can you give the WERRRK .com universe a little tease of what’s to come this fall in Texas?