Do you pledge allegiance to the drag? In this mini-episode, your hosts Martyr and Cate react to the new cast of queens on Season 12 of RuPaul’s Drag Race. We discuss the looks and personalities of the “Meet The Queens.” Later we discuss the several controversies surrounding this season and it’s cast. 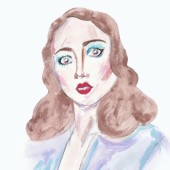