"Into The Draglands" Interview: Hellen Heels 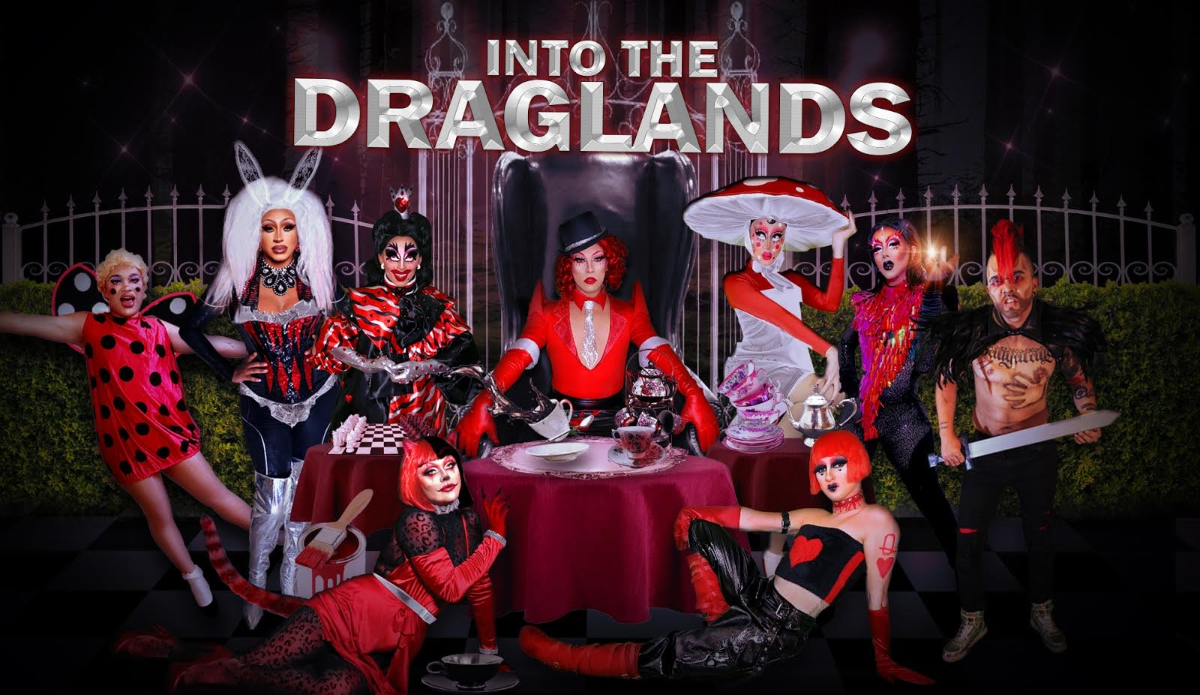 WERRRK.com is very proud to present the “Into The Draglands” on our YouTube channel, WERRRKtv, starting Wednesday August 19th! (Subscribe to our channel here so you don’t miss a single episode!) We are so excited about being a part of this amazing event and we were thrilled that we got a chance to talk with these amazing up and coming drag artists but now we’re finally sitting down with the boss lady herself, Hellen Heels!

Well hello there Hellen Heels! I know how busy you are with “Into The Draglands” being about to premiere. Thank you for making time to talk with me. How are you holding it all together?

Hi there! I’m holding it together as best I can right now. I’m always a little nervous starting new projects, but I’m always in my head.

So before we talk about this very ambitious project, let’s hop in the Delorean and go back in time a bit to talk about you, shall we? Where does your origin story begin?

My story starts in 2013 with an amateur drag show night that I co-hosted and starred in, in lovely Stockton, CA. I placed third out of three and I thought that this could be a fun thing to do with my new found drag friends.

What was your first exposure to drag growing up?

I only ever knew that RuPaul was a man dressing as a woman, and then there were movies where it was funny to do that: Mrs. Doubtfire, Big Momma’s House, Too Wong Foo… etc.
But I never took it seriously.

So how did you end up in that amateur drag show?

I was the DJ at the show me and my friend had created for drag content in our city.Once she was on vacation so I thought I would give it a try. I was a man in a terrible wig, but I had fun losing.

Fast forward to now, how did “Into The Draglands” come about?

Well I am known in this area for putting on these “unique” drag competitions/ showcases. I had another show that would use lip sync battles but with twists to each different show. I was tired of seeing our area, the Central Valley, get overlooked for Drag Race options when we have lots of talent and many have auditioned. I thought it would be the perfect thing to put on in a safe way and bring our community together to watch a show featuring our performers from our own community. They deserve to be cheered on as well and if our local performer never get chosen by Drag Race or Dragula, now they have another option, just more homemade!

How much of a challenge did the current pandemic situation present in filming this series?

Very much, but we got smart. Taryn Thru-U of Sacramento loaned me Badlands and Sidetrax to use for filming. I got myself a little crew and we filmed quietly for 4 days straight. Every performer has been tested and went through a temperature check every day. We stationed them more than 6 feet apart, sanitized everywhere they went, and split the cast in two to film for two days. It was about being responsible and making sure the contestants knew the measures we were taking, and how serious they also needed to take being clean and healthy. They weren’t allowed to watch each other and judging actually happened two weeks later, so the contestants have zero clue how the others did or even how they will fair in the competition.

How did you come up with the challenges for each stage of the competition?

We kept it simple for this first season. *wink* I zoned in on all the basic categories/ genres that I believes would show the range of a performer. Most of them excel in something specific, but out of almost three dozen performers in the area, we chose performers who had the most versatility and could potentially show growth outside of their comfort zones.

So we’re very excited that you reached out to us about Into The Draglands and we’re thrilled to be hosting it on our YouTube channel. What can people expect when they tune in for the first episode?

For the first episode we are showcasing these performers “best drag” which is the genre or style they feel that they do well. You can expect lots of different genres and skill sets. It’s for you to get to know them, because from episode two and on, they are outside of their wheelhouse. You can expect a great digital showing of talent, and some fun judges breaking it all down for you.

We’re very excited to watch the fabulousness unfold over the coming weeks! Are you anxious to see all your hard work unfold?

I am. With anything digital, you can never truly know how it will be perceived. It’s not like in person where you can sway the naysayers. Everyone can judge freely, and the internet can be vicious.  I see this as a community project, and I hope others do too. A lot of work from a lot of people went into this to entertain those fans stuck at home.

Well good luck with this project Hellen. I’m sure its going to take us all on a ride over the coming weeks. Do you have any final words of wisdom to leave the WERRRK.com Universe with?

Just a say huge thank you to you Chiffon and to WERRRK.com for hosting us (almost like a Grindr date), and that we hope everyone loves what the Central Valley has to offer. Please show us some love and continue to support local drag in all its forms. Lastly, love and light to all of you out there still doing drag because you love it!!!

Into the Draglands: “Comedy” (Episode Six)

Into the Draglands: “Comedy” (Episode Five)

Into the Draglands: “Dance” (Episode Four)

Into the Draglands: “Alternative” (Episode Three)