The Queens Who Saved Halloween: The Boulet Brothers' Dragula: Resurrection 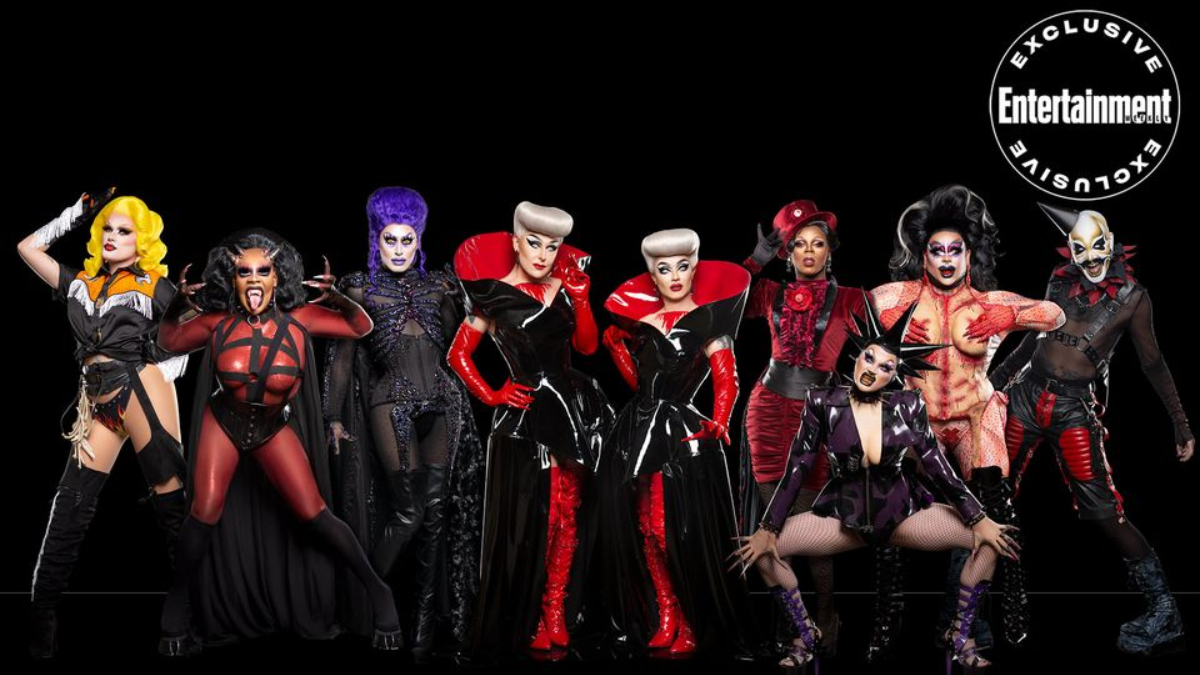 For many, Halloween is cancelled this year, with no parties, no trick-or-treating and a lot of new movie content postponed. However, for those who like their Halloween with a dose of drag, horror, filth and glamour, The Boulet Brothers are back with an exciting new project: The Boulet Brothers’ Dragula: Resurrection. Trust these queens’ creative output to be thriving during a pandemic!

The Boulet Brothers have previously hinted at wanting to bring back queens from previous seasons, but of course it wouldn’t be in the typical “all-stars” format we’re familiar with. This new project is a two-hour film-part horror movie, part documentary and part reality competition, available on horror subscription service Shudder. Dragula had its debut on the Hey Qween network on YouTube, before Season 2 premiered on Amazon Prime and both Season 2 and Season 3 are currently showing on U.S. Netflix. The Boulet Brothers’ Dragula: Resurrection is a Shudder exclusive and this feels like the perfect match. Shudder champions ‘high-quality, spine-tingling, and provocative’ content. With a diverse catalogue of independents, horror classics and a few campy ones too, Dragula will be a fantastic new addition.

Dragula: Resurrection will see the return of seven competitors from previous seasons, given the chance to compete for a $20,000 prize and the opportunity to return for Season 4. Described by Swanthula Boulet as a ‘fun cross section of the representation of the tenets of Dragula’, the cast includes contestants spanning across the three seasons, who ‘had so much more to show’ (Dracmorda Boulet). From season one, we will see the return of filthy finalist Frankie Doom and ‘international femme fatale’ Loris. From season two, the haunting Victoria Elizabeth Black of the infamous Black Haüs, Kendra Onixxx, a fierce competitor who we didn’t get to see nearly enough of and DAHLI, known for their twisted make-up and prosthetic looks. From season 3, the mysterious ‘dream demon’ queen Saint (formerly St. Lucia), and Priscilla Chambers, queen of striking looks that are both trashy and polished. With three finalists in the mix, in a bone-chilling twist future season 4 competitors could find themselves up against someone who only narrowly missed the crown the previous time around.

Dragula: Resurrection will travel across the United States to meet the competitors where they live and work, allowing us to observe their creative process. They will be asked to create three Halloween-themed looks to be filmed in terrifying real-world locations. Dragula has had some memorable on-location challenges in the past, so expectations will run high. On top of all this, there will be music from Kim Petras, pop queen of Halloween and masked country star Orville Peck, who once featured Dragula competitor Louisiana Purchase in his ‘Queen of the Rodeo’ music video.

In a statement, The Boulet Brothers said “The format is something incredibly different and it truly represents drag in an innovative way that has never been seen on TV before. It’s easily the best content we have ever produced, and the highest level of drag that TV audiences have ever seen. We are so proud of the cast and crew who made this happen, and we’re thrilled to be partnering with Shudder to produce it.”

Filmed over two months this year with strict quarantine measures in place, ‘the circumstances are reflected in some of the footage. It’s going to be a bit of a time capsule when we look back at this in a year or two or more, you’ll see the way America was affected coast to coast, in the four corners of the country.’

Dragula: Resurrection is an ambitious project, but I trust in the abilities of these two proven creative powerhouses to pull it off. The Boulet Brothers’ Dragula: Resurrection will be airing on Shudder on Tuesday October 20th, confirmed to premiere at the same time in the United States, UK, Australia, Ireland, Canada and New Zealand (time TBA).

The Boulet Brothers prove that reality TV can rely on artistry rather than drama for its success, crafting a new perspective through The Boulet...

Lockdown Listening: The Boulet Brothers’ Creatures of the Night Podcast

The Boulet Brothers’ world is one that continually captivates me- whether it’s re-watching Dragula for the fifth time, a digital drag show or an...

It’s the moment we’ve all been waiting for! Dragula season three has a winner! Before the winner was crowned, the Boulet Brothers were joined...