The Pandalorian Recaps: The Mandalorian Episode 2.1 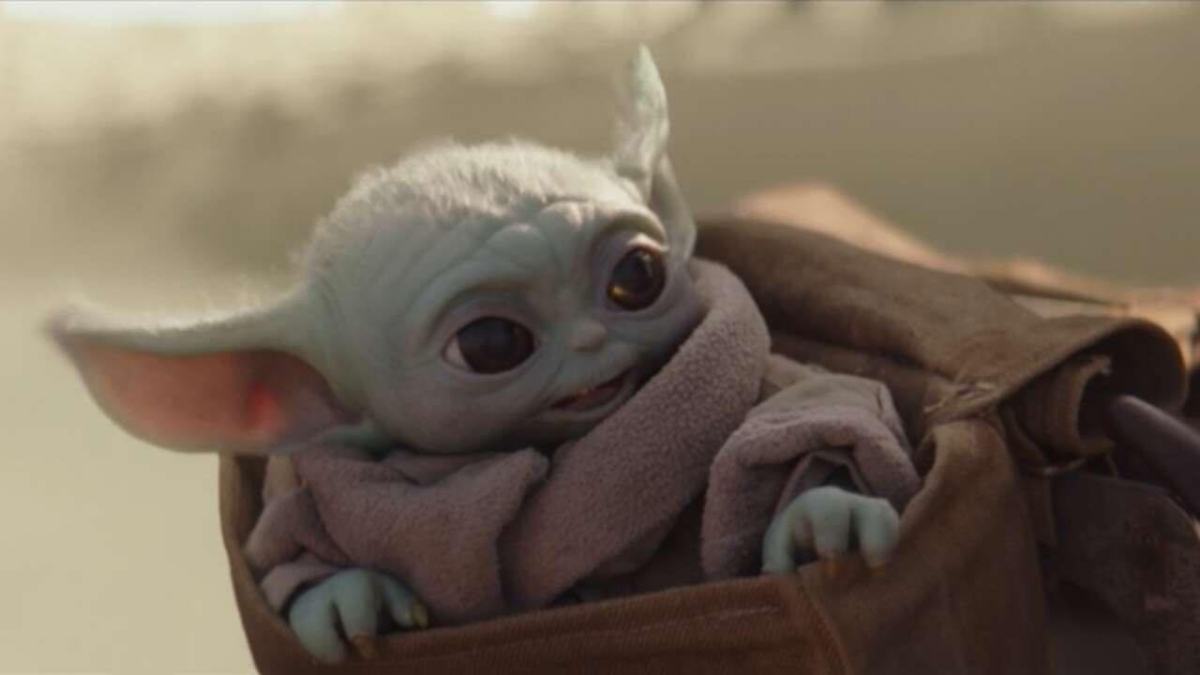 It feels like it has been an eternity since our favorite duo has graced us with their on screen presence. After months of being fairly tight lipped, and only the slightest glimpses of the season provided to us in the season two trailer of The Mandalorian, I think we’re all ready to hit warp speed and head back to a galaxy far, far away.

We see our Mando heading into a seedy underground lair of sorts. I suppose this isn’t Star Wars Fight Club because everyone seemed to know about it.  Mando meets up with Gor Koresh (John Leguizamo…I’m shocked too) and is like “Gor, so I got this Baby Yoda and I gotta get him back home, I need to find my fellow Mandalorians and I know you know where I can go to find them.”

This gives us a true feeling that aside from Baby Yoda, in the day to day travels and adventures, Mando is still kind of solo. Gor not only knows this, but knows the value of Beskar, so basically he tells Mando he needs to break himself and give up that armor.

As seen in the trailer and it still makes me laugh, as things get pretty tense and suddenly Gor shows us he’s not afraid to take a life, and he doesn’t take bets he will lose, Gor and his crew all turn weapons on Mando. Mando calmly arms his whistling birds, Baby Yoda seems to emote “not today Satan”, dips back into his pod, and as quick as it started, our heroes are free of threat and continuing on their mission to find more Mandalorians.

Gor did slip up and mention he knew of a Mando on Tatooine, which automatically perked ears of many Star Wars fans. Baby Yoda and Mando head out towards Mos Pelgo in search of this new Mando, but first they make a brief stop and see Motto (Amy Sedaris) who gives a little more backstory to Mos Pelgo and where Mando can find it. Oh yeah and there are probably Krayt Dragons so like, look out for those.

Mando hops on his speeder bike that Motto has been keeping for him, and eventually finds a small, self-sufficient town of sorts that appear to be Mos Pelgo.  After striking up convo with the barkeep in town, Mando learns there is another Mando in town, known as The Marshall, and soon after he appears.

The armor is very familiar, in fact it’s quite distinct. It looks pretty much identical down to the dents of Boba Fett’s armor, but the wearer standing before us looks more like someone playing dress-up as a Mando. Though he’s called the Marshall, it just looks like a guy in a suit.

Soon after, and basically immediately we see a helmet placed on the table and promptly realize, with as quick as the helmet came off…this is not a Mandalorian. Turns out it’s Cobb Vance (Timothy Olyphant).

We get into a tense stand-off where Mando explains he is there to find other Mandalorians and this dude, well he ain’t one so he needs to return that armor. As a showdown seems imminent where Cobb seems to know that only one of them would be walking out, suddenly everything begins to shake.

Quickly, the focus shifts to whatever the hell is causing the destruction outside, and near immediately we learn exactly what a Krayt Dragon is, and how there isn’t much offense or defense against one. Cobb strikes a deal with Mando that he’d just give up the armor if Mando helps them kill the dragon.

Long story short too, Cobb secured the armor after almost dying in the desert and being picked up by a sandcrawler, he had a bunch of crystals he traded and once he got the Armor he just became a badass in town.

As our Mando and cosplay Mando strike up a deal, Mando realizes they are going to need help and this time it comes in the form of Tusken Raiders. Problem is, those Raiders have come through before and caused havoc in Marshall’s town and taken a few lives in the process, so clearly they have beef…but also now a common goal.

They all come to realize this dragon is not going anywhere unless they take it out. For generations, the Raiders have been trying. Now the folks of Mos Pelgo deal with it too. Reluctantly, they all come together and decide the best course would be to draw it out of hiding, hope to get it to some explosives, and then just blow the shit out of it.

Our heroes initiate the plan as they have a significant number of reinforcements now between the raiders and townspeople, but this dragon is just HUGE. One by one, and sometimes two or three at a time, Raiders and people are just getting snacked on and picked off.

After a lot of attempts and the initial plan somewhat working, it wasn’t enough. Mando and Cosplay Mando fire up their jet packs and try to tackle it together, ultimately Mando arms up a Bantha with the explosives it’s carrying, and waits for the dragon to bite.

Suddenly, the dragon appears again and it inhales not only the Bantha-Bomb but also Mando! After a few tense moments and an explosion, the dragon is down and Mando appears before us looking fully slimed.

The episode begins to wrap up, Mando gets his armor, Baby Yoda is still safe and sound (even with limited screen time) and this episode felt more like it was easing us back in. Not a ton of action and slower pace, but it also shows us some of the growth of not only Mando by Baby Yoda.

Mando seems even more capable, with the jet pack he’s not having to physically work as hard in some areas, and even though they don’t really speak…Mando and Baby Yoda seem to communicate pretty well.

As we see Mando head back towards Mos Eisley we see someone else has been watching with us, with Boba Fett’s armor secure by Mando…it appears none other than the presumed Sarlaac snack Boba Fett is nearby, and he’s watching! Then again, maybe it’s not Boba, it could be any one of number of clones! Captain Rex perhaps?

We are definitely left with a lot of what if’s, especially if fan favorite Boba Fett has cheated death. I’m not in love with this episode based on the time we had between episodes, but I know sometimes we need to build stories. I guess we will have to wait until next week to hopefully learn more, and hopefully we will get more than a glimpse or two of Baby Yoda as well!!!

In this article:Boba Fett, Cobb Vance, Krayt Dragon, Mando, The Child, The Mandalorian

Mando is fucking DONE with Moff’s bullshit. Last we saw of Moff was him reacting to Mando’s Holo-message where he basically told Moff, “You...

Let’s just get to it, as we saw at the end of Chapter 14 that son of a bitch Moff Gideon has Baby Yoda...

Lucky Chapter 13 of our saga! The scene opens to this dark and abysmal setting, we see people running in various directions, some troops...

We return to our adventure to see the Razor Hooptie still struggling. Mando is trying to walk Baby Yoda through some basic electrical work....