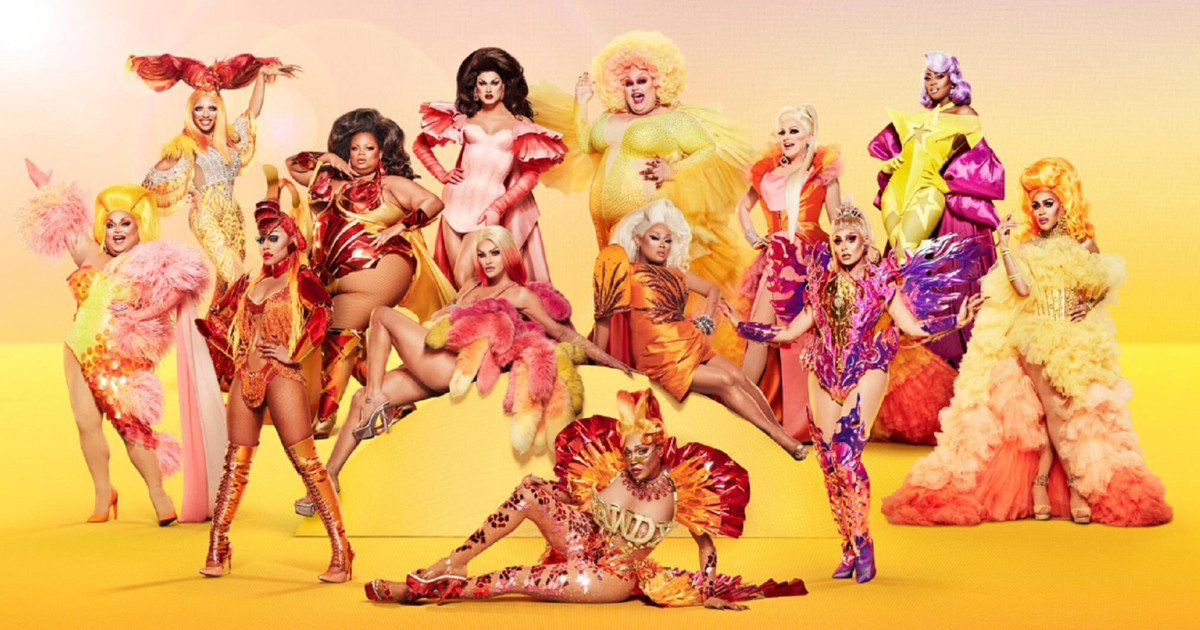 This week RuPaul’s Drag Race All Stars was back with just one new episode after last week’s double feature. We already bid farewell to Serena Cha Cha and Jiggly Caliente in the process. Our remaining queens faced off with a battle of the side hustles in hopes of being the next addition to the Hall of Fame!

After Jiggly’s elimination, the queens gathered together to look at the chosen lipsticks in the box. All but two people voted for Jiggly and one of them was Trinity K. Bonet. Trinity cited Jiggly’s growth for the reason, but Kylie Sonique Love wasn’t buying it. She thought Trinity picked Yara Sofia‘s lipstick because she tried to eliminate her during episode one. The elimination drama is already heating up!

This week’s maxi-challenge consisted of three teams that were determined by their heights for some reason. The shortest queens made up team one: Jan, Silky Nutmeg Ganache, Ginger Minj, and A’Keria Davenport have a rent-a-queen business. Pandora Boxx, Ra’Jah O’Hara, Trinity, and Yara made up the mid-height team and were making a commercial as drag fixers. Finally, the tallest queens, Sonique, Scarlet Envy. and Eureka O’Hara, were exorcists for hire.

The filming of the commercials was chaotic as always. Team mid-heights did great while the tallest team struggled a bit at first. They did, however, have the best line where Sonique and Scarlet demanded three payments of your firstborn for their services. Typically, there is only one firstborn, but if you want to hire them you need to have three firstborns. By the end of their recording session, they had Michelle Visage and Ross Matthews laughing. The shortest queens struggled with their lines, especially A’Keria, but she got it down eventually. They had by far the most complex scenes and characters. I had no idea what was going on but I was entertained.

It was time for the queens to hit the main stage in front of RuPaul, Michelle, Ross, and Tia Mowry. They did my favorite runway challenge, the redemption! The queens took the stage in a better version of a look they wore on their first season. I was a little underwhelmed with the looks this season. I thought Scarlet and A’Keria looked great.

The commercials were pretty funny! The mid-height team was the winning team with Trinity taking the spot of top all-star! I was so proud of her. The tallest team got the highest praise, while the shortest queens weren’t as lucky. The entire team was up for elimination. Is that legal?

When it came time for the lip-sync, the curtain revealed… no one? Michelle almost had to get up there and perform against Trinity. However, none other than Laganja Estranga soon entered by doing a jump split onto the stage. Iconic! The season six sisters faced off to Physical by Dua Lipa. It was SO good! I was living, the queens were living, and the judges were living. Can I get an encore?

In the end, Laganja won and revealed the lipstick that the group selected. That queen was Silky. Do you think it was time for her to go? Let us know your thoughts in the comments below.

There is no franchise quite like RuPaul’s Drag Race franchise. RuPaul and crew churn out new seasons like it’s nothing! Quickly after season 13...