Meet the Performers of “Into The Draglands” Season Two!

Get to know the incredibly talented drag performers who will be competing in “Into the Draglands” Season 2! The new season premieres on September 1st at 7pm PT/ 10pm ET, exclusively on the WERRRK.com Youtube Channel!

Into the Draglands Season 2 is an online drag competition put on by performers of California’s Central Valley. The basis of the competition is to showcase these performers by assigning them different challenges every week that push them out of their comfort zones in order to challenge them to show off the full range of their talent. They were required to select their own music, do their own costuming and hair, and to perform as if the world were watching. Some performers consistently ride high, while others crack under the pressure. This season we had LIVE judging, so the contestants were allowed to get critiques and love shown to them for their performances. HOWEVER, the eliminations still won’t be known until the episode premieres LIVE with the viewers! 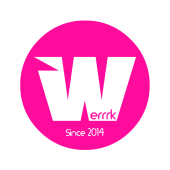