Sometimes the guy who writes about every bar, club and queen in NYC occasionally goes out and does stuff, too! In “Thot Stuff,” we’ll talk about who and what we’ve seen this month in the city!

I’d never been so excited for Brooklyn karaoke as I was this past Wednesday, sitting at the bar in the small and homey Macri Park on its grand re-opening night. Macri wasn’t even my home bar (since I started Thotyssey, I don’t really have one of those anymore), but everyone knows it’s a vital venue in the Brooklyn scene with lots of charm and fun characters among the patrons, performers and staff. Petite DJ Jen Urban, a veteran in the scene who now performs original music under the name R0zegld, eventually popped in with a winning smile and cranked out the sing-along tracks. And the Brooklyn kids can sing, y’all! Among the crowd I saw several scenesters of the borough like DJ Lady Simon, queen Lilith LeFae, bartending rapper Senerio, designer Casey Caldwell (who has a gorgeous rich singing voice, btw) and RuGirl Scarlet Envy.

It was a fun night that brought me back to my days as an OG regular at Boots & Saddle, another tiny dive with a loyal chosen family clientele where I first explored the queer bar scene a thousand years ago. When lockdown began there was a huge collective dread that many bars wouldn’t re-open, but now with Macri’s recent reopening and word that Hell’s Kitchen’s Ninth Avenue Saloon will also return soon, nearly all of them will be back. And of course, there’s a ton of exciting stomping grounds for the Post-Lockdown generation to call their own as well.

Last Thursday I was in one of those new venues, The Q in HK, to conclude my run as head judge in the season finale of the Lady Liberty drag completion that local RuGirl Brita Filter has been hosting for weeks upon weeks (Marti Gould Cummings co-hosted the finale with her). It’s been a great showcase for all the new drag performers who popped up during the Digital Drag Era to show that their skillset can work on the live stage. Lady Liberty creator Vincent Cooper flew in for the finale from Vegas, where he now produces the Drag Race Live show at the Flamingo. It was a rollercoaster of a finale, with Brita–a local treasure for years–opening the night with a devastatingly poignant multimedia number detailing her struggles with depression and shitty Drag Race fan hate. Astoria-based queen Freeda Kulo’s landed the well-deserved win, thanks to stunning looks celebrating her Mexican heritage and a show stopping number that featured something like twenty dancers (how did everyone get together to rehearse that!?).

Runner-up X-Emma, a newbie with a fascinating flair for the strange and dramatic and the tiniest corseted waist you’ll ever (barely) see, is also definitely one to keep an eye on. I’ll get into the nuances of drag judging another time (hang in there), but it was fun to experience the finale from my lofty chambers on The Q’s balcony with my fellow Deciders. Now what the hell am I gonna do on Thursdays?

Speaking of Drag Race, I think I speak for many—not all, of course—when I declare that I need a break. But with an admittedly amazing cast of winners returning for May’s All-Stars season, a break is not what any of us are getting. Season 14 had its great moments amid long elimination-less stretches, and congrats to quirky winner Willow Pill (yes, we all saw that coming from the minute RuPaul beamed with delight when Willow dropped a toaster with spaghetti in a tub in her first onstage moment). But arguably the true winner, at least in our dark metropolitan hearts, was our sole represented cast member Jasmine Kennedie and her genuine good-natured charm and confidence. She’s obviously coming back to that franchise in some way down the road.

That’s all for now. We’re planning a big return to Thotyssey live events soon, but for now we’re just gonna pop up in random places and let you know what’s what! 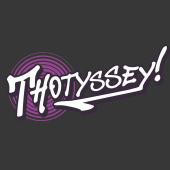 Jim Silvestri is the creator and editor of Thotyssey.com, i.e. "a peek through the glory hole" of NYC nightlife. He also does coat check to pay the bills. 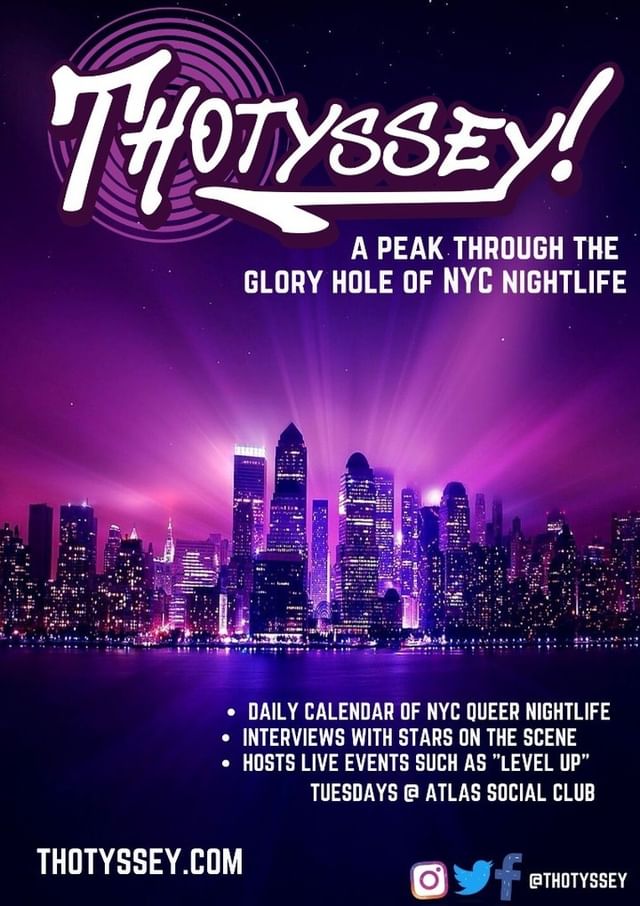