On October 4th, 2021, after ten months of back and forth with the company and moving across the country, I began my dream job as a coach and producer at WWE, the largest professional wrestling company in the world. On January 4th, 2022, I, along with a list of other incredible talents, was released out of nowhere for “restructuring”. After wallowing in a haze of ice cream and New Girl reruns (yes, I totally sang along with Dirty Dancing!), I am ready to see what the future has in store for me and take on some new challenges and goals, one of which is to begin writing for you lovely folks. First, let’s kick this off with a bit about me:

I am a 40-something (45 to be exact but that number feels so dirty these days and not in the fun way) Canadian-born, Philadelphia-raised, hockey-obsessed woman who is married to an incredible Swiss guy and raising the most extraordinary non-binary queer teenager in *gulp* Orlando, Florida. In our house, we say gay, love openly and hate the San Jose Sharks almost as much as we hate Ron DeSantis. I am a hot mess of anxiety, body dysmorphia, and imposter syndrome so I am the perfect self-deprecating dinner party guest. My current goals in life include working with the women’s divisions of a large wrestling company and becoming the Brene Brown of this crazy business. On top of all that, you get to meet my weird brain which is an absolute sponge for the most random pop culture facts. So much so, that I once teamed with a current Impact Wrestling star to audition for Craig Ferguson’s Celebrity Name Game. We crushed the audition and subsequently were never asked to be on the show, hence my unspoken heat with David Arquette. We were destined to walk away with the 20k grand prize!

Each month we are going to go on a deep dive into whatever subject is on my mind at that very moment. Sometimes we will laugh, sometimes we will cry, and occasionally we will uncover the darker depths of professional wrestling from the female perspective. There are so many stories that are not being told. For example: When the conversation around CTE (Chronic Traumatic Encephalopathy) happens, no women are mentioned but there has to be no doubt that we are experiencing CTE on some level. Or the fallout after #MeToo. My hope is to create and start conversations that need to be had and help build a bigger table in which a more diverse group of humans can be seen and heard. I would love to hear/learn from you all in the Reply section!

I promise it won’t be all darkness and gloom though. There has been a lot more sunshine than rain over my twenty-year career. World travels, amazing matches, crazy adventures, that one wild night in a Dublin strip joint, and some friendships that just won’t quit. All in all, we are about to go on a journey together and I am hella excited to overshare all the weirdness that swirls around this brain of mine!

Everything is fine.  -AD 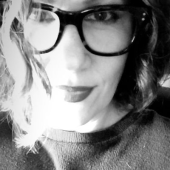 Allison is an Orlando-based professional wrestler, coach, and television producer who has traveled the world over the past twenty-two years. She is one of the pioneering women who pushed to change the landscape of female professional wrestling and helped to lay the groundwork for the “Women’s Revolution” that we all know and love today. Allison is currently in the development of a one-woman show, set to debut in the summer of 2022.