At The "Conversion" Premiere with Dusty Ray Bottoms, Alexis Michelle, And More!

Meet The Queens of Canada's Drag Race: Canada Vs. The World!

An Interview with RuPaul's Drag Race UK's Just May

Why We Still Need Pride

Non-Binary Artist, Michael-Birch Pierce On Their Career In Fashion, Gender Identity, And Why Grey Sweatpants Keep Us Staring.

I was honored to attend the East Coast premiere of Conversion, directed by Zach Mieners this past week. The film covers a heavy but very topical hot-button issue of conversion therapy, but this time focusing through the lens of those who have survived this often times brutal practice from both the United States and Canada.

The project is “Ultimately a film about strength and hope. Conversion aims to give a voice to survivors who are often left out of the conversation and speak to the next generation who may not have a voice, choice, or pathway out of the trauma being inflicted on them.”

I caught up with the stars and their supporters on the red carpet to learn more about this important documentary. I talked to one of the film’s subjects Dustin Rayburn, who Drag Race fans may know by the drag persona Dusty Ray Bottoms.

When asked about making the movie, Dusty said it was “A process. All of us have put our hearts into this. It’s taken four years to complete. It all came from Drag Race, from me sharing my story, and our director and producer literally had just come out a few months before and was in our hometown watching me talk about it, then reached out afterward. We made a little five-minute PSA about conversion therapy in Kentucky, which turned into a full-length film four years later.”

Director Zach Mieners shares more about how the film came to be, “I started it four years ago when I found out that my former conversion therapist was still practicing and just really saw a need. Initially, it was just going to be a five-minute PSA. Once I started interviewing other survivors like Dusty, I realized that this needed to be a bigger thing, and from there, it really just grew into a bigger piece.

I don’t think any of us imagined it turning into what it finally became, but it has been an incredible process working with survivors and being able to tell their stories. Being a survivor myself, having that understanding and compassion, I think, is something that really makes our film different. It’s been an incredibly cathartic process. For me, it’s so important because I think the film can resonate with so many different types of people.

And we have through test audiences and stuff that have seen it before, prior to tonight. We know that a lot of people have responded to it in different ways, but everyone responds to it. And, but for me, the person that I care about the most seeing it is the fourteen-year-old kid like me who maybe lives in Middle America, who, you know, is in this practice and doesn’t realize how damaging it is. So I think just letting those kids know that your voice matters, your voice is heard and that they’re special and important, not just in spite of them being queer but also because of it.

I think this film also relates not only to queerness and conversion therapy but also relates to issues of personal autonomy. The ways that the structures in society, whether it be racism or sexism, people trying to force someone to be someone that they’re not, and how that’s harmful.”

Close friend of Dusty Ray Bottoms and supporter of the film Alexis Michelle said, “I’m so thrilled to be here supporting Chronicle (the production company for Conversion) and, of course, my sister Dusty. I’ve actually had the privilege of seeing the film already. And it is so powerful and so important, and I just am so excited for the world to see it. It needs to be seen.”

When asked about the current political climate and the current wave of anti-LGBT legislation around the country, Dusty Ray Bottoms revealed, “It’s sad. I feel like we keep taking a couple of steps forward and then a bunch of leaps back, but I think things are going to turn around. I hope this movie comes out there and people can see the harm and conversion therapy and that it doesn’t work, and we can change that and reverse it.”

Alexis Michelle agreed, “This is life and death. This is urgent. I’m not mincing words. This cannot go on one day, moment, hour, or minute longer in the whole world. Visibility is so important. Telling these difficult stories is important because we can find the light as long as we tell the story and we learn from it.”

Director Zach Mieners concluded, “I think I want audiences to take away that this is still something that goes on. A lot of people think that it is not going on; it is happening everywhere all over the world. And also that there is hope, that there are things that you can do, and ways to get involved. And I hope that people understand both of those things.”

For more information on this powerful documentary visit https://www.conversionmovie.com 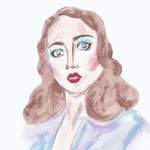 RuPaul’s Drag Con is three days of shows, spectacle, goodies, glamour, and above all…DRAG QUEENS! For anyone like me who deals with a little...

Drag World London 2019 is over and done within a blink of an eyelash, with what has been no doubt its most successful year...

It’s time once again for THE WEEKLY INSTADRAG (well, Weekly-ish), where we spotlight our ten favorite recent drag-related Instagram posts! If you’re a drag performer or...