Dangerous Thoughts by Allison Danger: Wrestlers to Watch in 2023

Dangerous Thoughts by Allison Danger: "What Comforts Me"

False Idylls: Orbiting In To Tiki

And I am back! I am going to be fully transparent here: 2022 has been such an awful year that I had to pull back and hermit myself from the world for a bit. I am one of the lucky ones though, when things truly got their darkest and I hit rock bottom (note to self: NEVER tell the universe to “come at me, bro!” because she will) I had some amazing people and one great doctor who helped me through. I could not have done it alone. Please, if you need help, do not hesitate to ask. I love you all.

Now to the fun stuff!

2022 has given me an opportunity to work with some up-and-coming talent in professional wrestling and, as a former Las Vegan, I am going to start placing bets on the following having 2023 be their breakout year. The individuals below are not signed with WWE, AEW, or Impact at the time of this writing however, I will state my opinion on what company they would really shine in. Additionally, I only chose those I have personally worked with over the course of the year and would happily expand worldwide in a subsequent column. Without further ado, let’s dive in the Dangerous Thoughts: Wrestlers to Watch in 2023 list!

1. Queen Aminata. Queen Aminata is THE African Woman Wrestler! Hailing from Guinea and speaking four languages, when this woman walks into a room everyone pays attention. Currently, on an extended tour in Japan for Marvelous (*Chigusa Nagayo‘s promotion), Aminata is tearing it up while spending hours in the dojo to further her craft. In addition, she has quickly risen the ranks at Women’s Wrestling Army and has firmly established herself as the top talent there. WWA is shown on Pro Wrestling TV (Watch it here for free!) and I highly recommend checking out her recent match with Ashley Vox. You can also catch her on some recent episodes of AEW.
In all honesty, I am floored WWE has not jumped on Aminata. This woman is a total package and could be put on television tomorrow and would seamlessly blend in like she has been there for years.  AEW has used her and I would love to see them snatch her up and run her to be a top-tier heel.

2. Jordan Blade. Jordan Blade caught my attention before we even arrived at the show we were both on simply by being the best-dressed person in a hotel lobby. They say to dress for the job you want and Jordan Blade did exactly that. Button-down, dress pants, shoes, and matching belt, Blade looked ready to do business. In the ring, she gives you that technical old-school style you may be missing in wrestling. In time I envision Jordan Blade becoming quite the submission machine. In 2023, I think Blade would be a great addition to Impact or AEW in a stable with 2-3 others. This allows Jordan to really highlight her technical skills and allow her subtle humor to really play off her stablemates.

3. Billie Starkz. As of this column, the candles on Billie’s 18th birthday cake are still warm. It blows my mind how talented this young woman is. Always in demand, working for some of the top independent companies, with a tour of Japan already under her belt, and a recent match on AEW with Dr. Britt Baker, Billie Starkz is about to take over the world. When I was debating coming out of retirement for one match, Billie’s name was thrown at me and I immediately said yeah, I would work with that kid. It didn’t end up happening however, I know we would have had a banger. Frankly, Billie Starkz could probably choose any company to go to upon graduation though I believe AEW is the place for her style. No matter where she chooses, this kid is going to be a huge star.

4. Ashley D’Amboise. The very first time I met Ashley she reminded me of a young Allison Danger (though much more attractive). Her being from Montreal but US raised, her natural heel persona, her general personality runs parallel to my former self. Naturally, I immediately ribbed her and the rest is history. Trained in Atlanta, GA, D’Amboise parades around with her snobby French Canadian attitude yet backs up the chirping with a strong in ring performance. A natural old school heel, Ashley keeps it simple and extremely effective. As with several on this list, you may have seen her in an AEW ring. That said, I believe a run with NXT/WWE would be the best place for her. Now if she could just pick a damn hockey team.

5. Janai Kai. “The Kick Demon” Janai Kai looks like a quiet young person but when she hits the ring she is an animated, hard kicking delight to behold. This young East Coaster packs a powerful kick that you can hear in the back of the arena. Kai carries herself with a demeanor far beyond her years and I know Janai Kai is on a show we are about to witness a hell of a fight. Janai has been featured on AEW and I think that is the right place for her. Let’s manifest that 2023 is the year AEW locks her up tight.

6. Missa Kate. I don’t know about you but I cannot help but channel some Jar Jar Binks when I say “Missa” but I can tell you I am absolutely incorrect. If you long for the days of Eddie Gilbert, Kate is your person. A modern day Portia Perez, Missa Kate currently works with NWA and WWA, along with several other promotions. Missa Kate is slept on and should not be. The classic heel, Kate embodies everything we loved to pretend we hated about Gilbert and Perez. Watching the shenanigans during a Missa Kate match will no doubtedly have me smiling like a goofball. I think NWA is a great place to current her teeth right now however, I would love to see her in Impact before the end of 2023.

7. VertVixen. This Texas based wrestler rocks a futuristic gamer look that stands out amongst her peers. Always a delight to have in a locker room, Vert is a coach’s dream: On time, hard working, easy to produce and a joy to have around. In recent years, Vert has switched up the gym routine, putting on some lean muscle mass and looks TV ready. Vixen has done some time with WOW and most recently, popped up on AEW. To me, VertVixen has WWE written all over her. Bring her in as a babyface and the kids will instantly bond with her. I can see the merchandise sales now.

8. Gia Scott. Another North East talent, Gia Scott comes out of the Ring of Honor school and currently keeps her talents sharp under the watchful eye of one of my former trainers, Mike Kehner. Whether she is the crowd favorite or the nastiest heel in the room, Gia Scott is going to deliver. She is an eye catching human being with charisma to spare. Her run in WWA is really starting to heat up and I think late 2023 is when we could potentially see her on television, with Impact being the way to go.

These eight people are my personal ones to watch in the coming year. Do I believe there are more out there? Absolutely! However, I am basing this list simply on my professional interactions with each one. Comment below with who you believe is bound for a breakout 2023!

*If you are not familiar with Chigusa Nagayo, please head over to YouTube and watch the Gaea Girls documentary. It is free and comes in around 1h40m. Let me know via social media or the comment section when you hear THE dropkick! 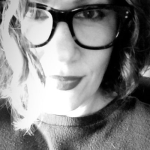 Allison is an Orlando-based professional wrestler, coach, and television producer who has traveled the world over the past twenty-two years. She is one of the pioneering women who pushed to change the landscape of female professional wrestling and helped to lay the groundwork for the “Women’s Revolution” that we all know and love today. Allison is currently in the development of a one-woman show, set to debut in the summer of 2022.

Dangerous Thoughts by Allison Danger: “What Comforts Me”

With the absolute dumpster fire that the world is in, I have been struggling with just about everything. Getting out of bed, looking at...

Why the hell not?! My name is Allison Danger and I have been a part of professional wrestling for the past twenty-two years. Name...

Finn Balor’s Club Is For Everyone!

Ok, let me tell you a little about me…it was a long road to get to where I’m at now. Like very long, the...